Editor too small on Galaxy S6 / Chrome in some languages

I got some problem reports from users with Galaxy S6 and Chrome. This is how meta looks on a Galaxy S6 Chrome 56.0.2924.87. I put this under the bug category because this basically (almost) excludes S6 users from editing posts. 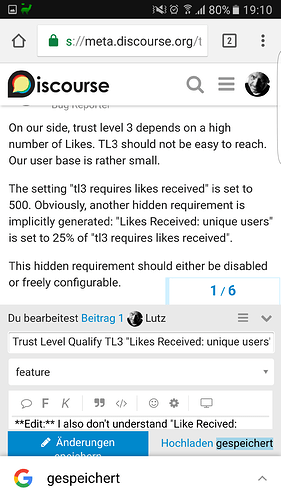 To get this view, the Edit button must be at the bottom of the screen.
If the button is more in the middle, it works. But the users do not know. I found it more by accident during the test. 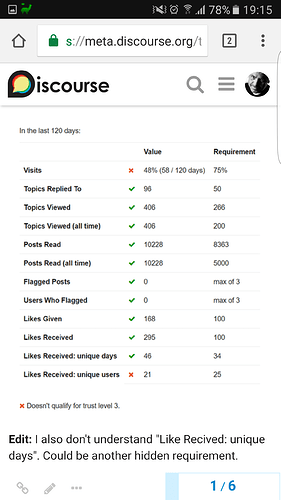 To get this view, the Edit button must be at the bottom of the screen

I am not following this, can you explain?

I am not able to reproduce this on Nexus 5 and chrome 56. You must mean editing the first post only? 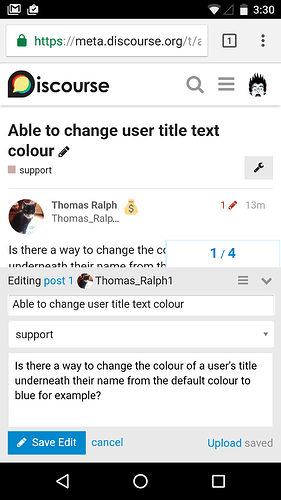 Of course, excuse the imprecise explanation. Unfortunately, I can not repore the effect now itself.

What can be reproduced: the very small editor window. . Less than one line. Is this perhaps a problem of German translation? Perhaps because the “save” button has two lines? 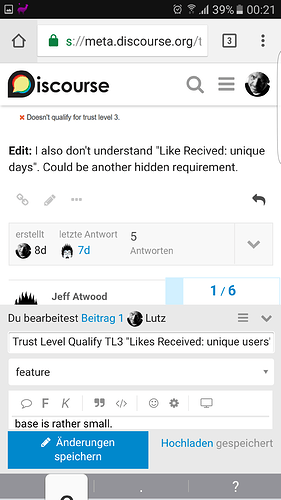 Yes, if I change the interface in English, I have three lines to edit, instead of one. 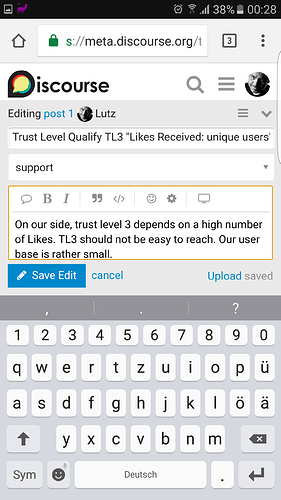 I do not know if this is still a bug, if it is because of a too long translation?

Another solution is to force a limit on button width with CSS.

Ok, I’ll take care of it in the german translation thread.

Might be better to fix in CSS for all languages by restricting width.

Well, that is true. I will still search for a shorter translation. Unfortunately, German words are always so long