Extracting email addresses for a group

Is there any way that I can pull a list of email addresses for all members of a particular group?

Would the Data Explorer Plugin do this? I really need to install that locally to see what can be done with it. (bbiab while I go do that before I forget)

I need a way to do it without plugins. I’m on a hosted plan which limits which stops me from installing them.

With Discourse? As they’ll install that one, it is supported by core.

If you’re on a hosted Discourse forum and the data explorer doesn’t show up at /admin/plugins, email us at team@discourse.org to ask us to add it for you.

Okay, this is going in blind as for whatever reason, the plugin doesn’t produce a table of results for me (for any query), but this is my first stab at what you are looking for (I think).

It’s due to not keeping up with changes in core:

I just grabbed latest, or are you saying that the plugin needs to be adjusted? (seems to be the plugin… based on the error)

OK, just fixed it, data-explorer will be fixed when you next update it

Sweet, as I just commented out the avatar template usage to see if my query works and it does.

@HAWK, when you get the plugin, you can import my script above, here is a sample of the output 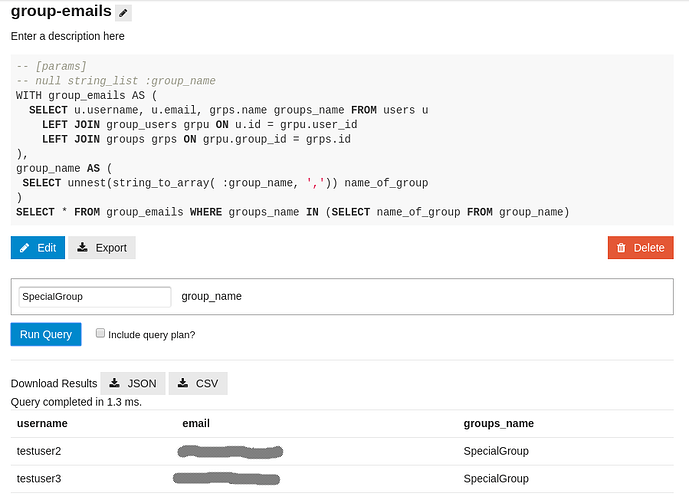 Thanks Matt, you’re a star.