Well, I’ve been using fast edits for a while, but I think this is the first time I encounter this.

I edited a word, and it worked. I edited another, it didn’t. I tried multiple times, waiting several seconds between each. I reloaded the page, and tried it again, with no success.
No error in the javascript console. No error in the network tab as far as I know. No error in Discourse’s logs.

A regular edit worked, though.

(I suggest you watch the video in fullscreen) 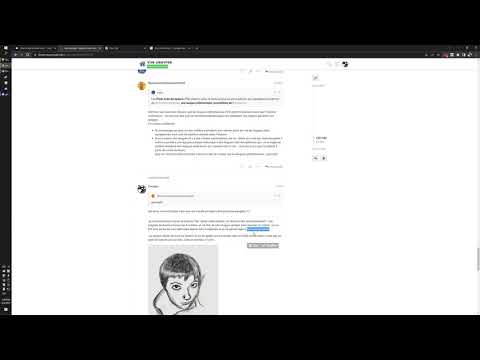 Sorry that I couldn’t have more info about that and I couldn’t repro either. I didn’t think about trying in safe mode either… But I guess it’s worth more than nothing to have a testimony that the fast edit didn’t work in at least a case if other people encounter the same issue in the future and can investigate further.

It’s related to quotes I think, I need to dig this, will keep this topic as a reminder

What do you think prevented the fast edit here? The É prepending the :?

Also, the red book emoji appears both in the editor and the preview editor, but not in the final message.
That’s a bit confusing, but another issue.

I think quotes can cause issues even when not in the selection.

Is original situation related to that?

Sorry wrong language, but you can figure out what and where… I tried do fast edit:

But I couldn’t because of markdown:

So there is no need to write french or use quotes, just plain * is enough.

Not a biggie and I can live with that.

Yes I should fallback to composer in this case. I recently made a change to core which could make part of fast edit simpler, will try to dedicate some time for a round of improvement to this in next months.