I’m having an issue with getting a pinned topic to show up as a featured topic in a subcategory box. Here are some images to show what I mean: 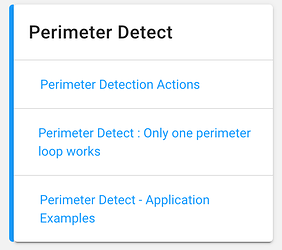 When the topic is pinned for a user, it should look something like this in the list: 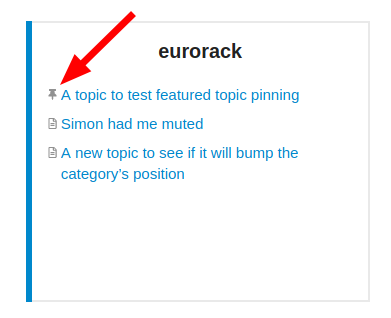 After unpinning that topic for my user, the pinned topic is no longer in the featured topics list for that user: 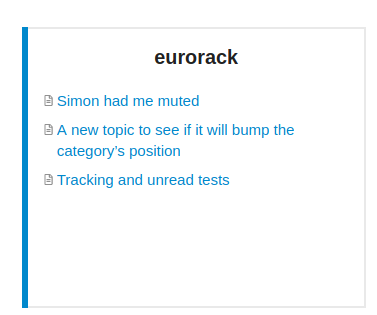 I am having the same issue. I am displaying subcategories list with featured topics in boxes. The featured topics are not showing pinned topics, even when I tried incognito mode or deselected “automatically unpin topics when user reaches the bottom.” Am I applying the feature incorrectly?

I’m getting inconsistent results when I test this. In my previous reply I made the assumption that pinned topics are intended to be added to the top of the featured topics list for users who have not yet unpinned the topic. I think this is true, but I’m not certain of that.

What seems to be happening when I test this on my local site is that pinning a topic does not automatically update the category’s featured topic list. If after pinning a topic in a subcategory I run CategoryFeaturedTopic.feature_topics_for for the subcategory, the newly pinned topic is displayed at the top of the featured topics box. I realize this doesn’t solve the issue for you, but it might help explain what’s going on.

When I go to https://meta.discourse.org/c/howto/10 as an anonymous user, I’m seeing the expected pinned topics in the developers subcategory: 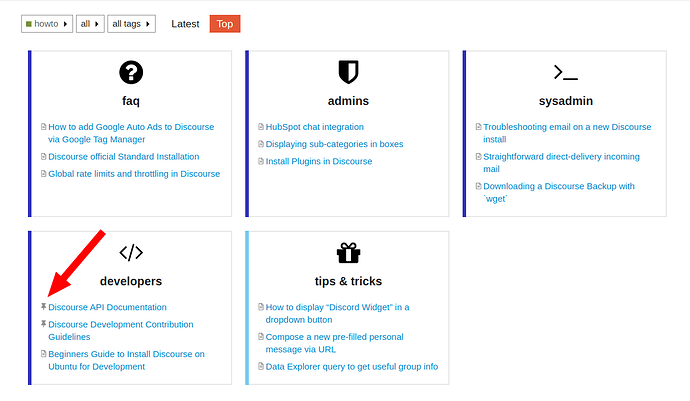