Hi I’m oneboxing Twitter feeds and all is well except for Firefox which won’t show the video.
I get a mime type error placeholder.

I double checked here on Meta and found this post.

How can I embed a video from Twitter so that users can watch directly in the post?

This screenshot is from that thread using latest Firefox, no extensions, plus only two plugins which came installed. 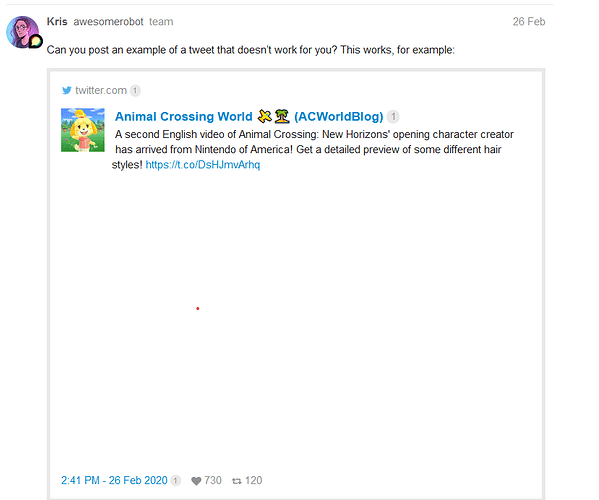 It’s working in Chrome and Edge.

Possibly weird encoding of the video, perhaps in a video encoding format that Firefox does not support? You’d need to download the video and view the video metadata to find out for sure.

Also: I had some oddities viewing this video on Twitter as well, even in Windows / Chrome. 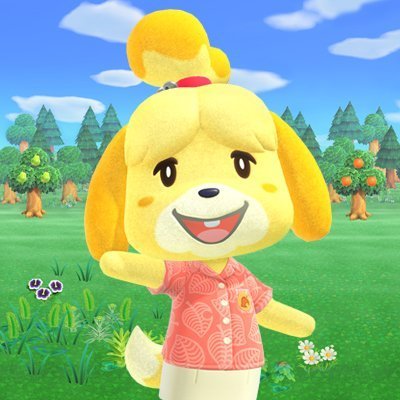 A second English video of Animal Crossing: New Horizons' opening character creator has arrived from Nintendo of America! Get a detailed preview of some different hair styles! https://t.co/DsHJmvArhq

Here’s the metadata for the video file though 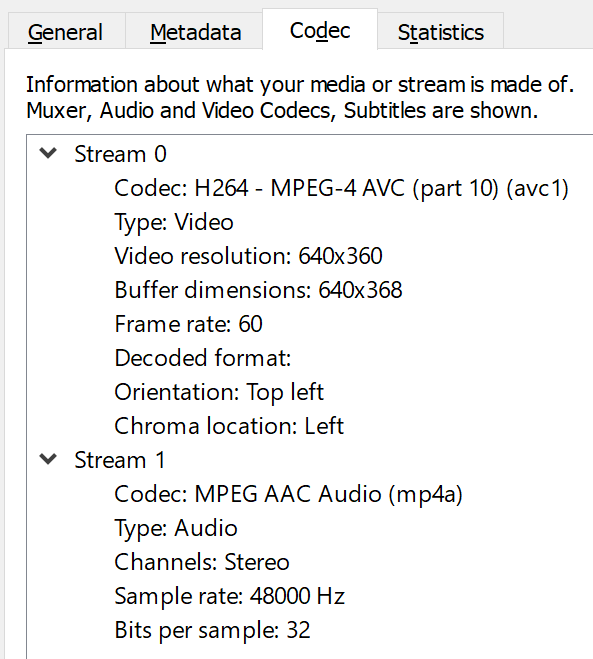 Also it works fine for me in Firefox / Windows? Screenshot 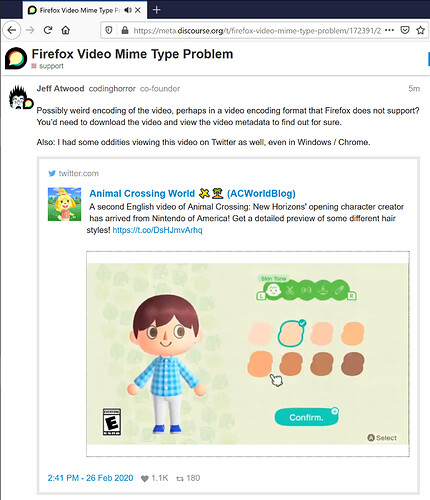