How to control previous replies in emails

When Discourse sends out Email notifications, it can include a block of “Previous Replies”.

This can be controlled on your user profile. In the Include previous replies at the bottom of emails setting. 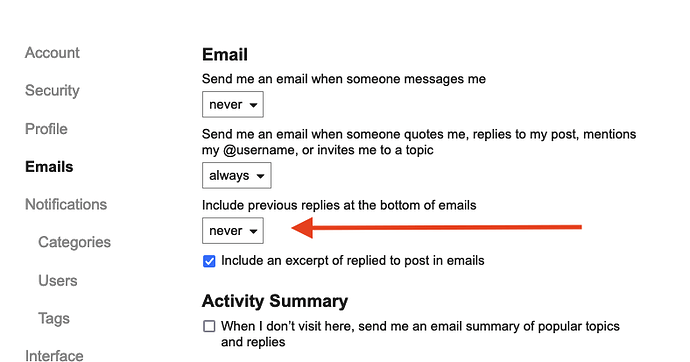 You can change it to always, or to unless previously sent, to receive previous replies unless they were already sent in a previous email. By default, we will include up to 5 posts at the bottom of email notifications, provided we have not emailed them in the past. This can be changed with the email posts context site setting

The default for all users can be controlled by forum admins, int the default email previous replies site setting. When changing this setting, you will have the option to apply the change historically, to all existing users, or to new users only.