I got trapped by a really slow site

Since the only way to go back to the list of sites is the down arrow on the new bottom bar, and since the new bottom bar doesn’t appear until the site loads, if a site takes a really long time, then I’m staring at the progress bar with no way to escape except killing the app.

It was probably only 60 seconds, but it seemed like forever.

On the old layout I can pull down and hit the Done in the header bar to get out. 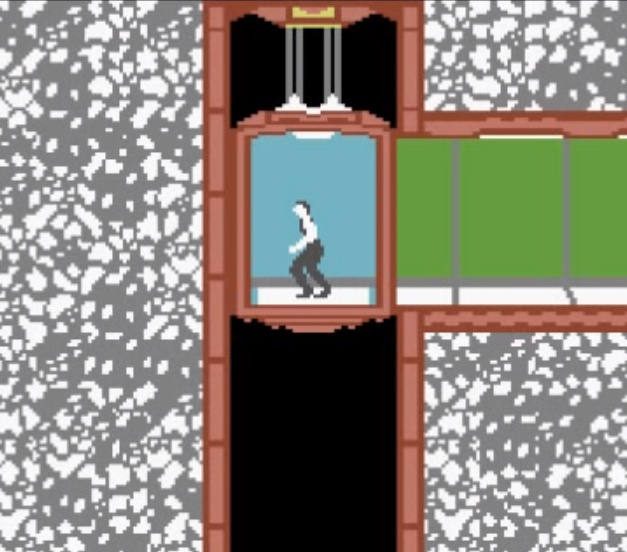 It’s not the only way to go back, a gesture exists too.

A double-fingered swipe from the top of the screen will also take you back to the site selector.

Does back swipe (left swipe) work here as well?

No, only within each site. I’ve hit the “slow site” problem too, it’s something that I’ve previously been able to resolve with the now-removed refresh button. Forced to two-finger swipe out now then tap back in.

Left swipe will work on old sites (that have the header bar) to bring you back to the list. For new sites it doesn’t, it stops at the main page.

Yes, this isn’t the most user-friendly experience when servers are slow. If the server fails outright, users will see a screen with refresh and close buttons, but that doesn’t apply to a slow server.

This isn’t very intuitive, but swiping (one finger) from top to bottom should work. You need to start the swipe around where the header would be if the site had loaded, so just a bit below the progress bar.

A double-fingered swipe from the top of the screen will also take you back to the site selector.

Aha. Now that I know, that makes sense, since the new ones come up from the bottom. I would never have guessed to try two fingers, though.

Initial load on a slow mobile connection is agonizing (Slow 3G can easily take 20 seconds) — the agony is probably enhanced by the blank screen (at least the app has the progress bar, but it’s tiny). Android PWAs have a splash screen with the logo which might help reduce agony? but everyone else gets the blank screen. I wonder if the splash screen makes it feel slightly less painful to wait (and reduces the desire to escape)? It’s static, so maybe not.

So the second piece is, when I’m experiencing agony in the app — help me easily escape it. Ideally we should show a button to go back to the site list somewhere, at least during initial load. The swipe is nice to have, and it’s cool that it follows the animations within the app properly… but I didn’t know it was there (I’ve tried the back swipe before though!).

help me easily escape it

This was exactly what I was thinking. Before I could use the Done button, but now I can’t find any way out unless I already know the secret magic words. Is it possible to show the bottom bar before the site loads @pmusaraj ? Then the user would see the escape route.

It might have to change color after the theme loads, though.

It’s possible, we would have to make a fake bar in the app. And, 3 of the 4 buttons in the bar won’t do anything while it’s loading… so, I don’t know. Maybe add the dismiss button only, on the same place as the dismiss button after the site loads?

I would also like to only show something after a delay, maybe after 5-10 seconds, because sites do load fast generally and it feels like noise to show a dismiss button right away.

Another option to minimize agony would be to make the progress bar more prominent. We are reusing the same progress-bar component as on the home screen (site list), but it can be changed for the webview.

How about a simple close control ‘x’ top-right in the canvas until the site loads?

A quick solution would be to repurpose the error screen here and show the two buttons (refresh, close) after a short delay (5 seconds). Here’s how it would feel on a slow connection:

I’ve added the above functionality to a beta version of the app, please test at https://testflight.apple.com/join/NkdBQgmg and let me know if there are any issues. (If no issues, it’ll be released in a few days.)

Still shows the same 40-day old build in testflight for me.

My bad, it needs to go through beta review first. Should take 24-48 hours.

This has now been included in the app’s 1.5.1 release.

This topic was automatically closed after 4 days. New replies are no longer allowed.