@funtent and @MJ94: The Blender community did a kickstarter to raise funds to pay for an import as well as significant improvements to the Vbulletin importer.

Perhaps one or both of your communities could do the same.

The migration I am working on is a old clunky phpBB 3.0.X. Am currently analyzing which bbcode use cases I have in the data, how many of each, and doing some sample visual checks to see if any conversion issues remain. Btw, using this approach to find posts containing a specific bbcode as candidates for my checks (in mysql, for example):

Hello everyone. We are currently running phpBB 3.2 - I’d love to know how I can help writing the XML to Markdown conversion script.

The code is there. You’d want to use Nokogiri to help with the transition. There may be other xml to markdown tools.

Hi,
I imported a forum but it seems to be an issue regarding the number of topics in the category list: 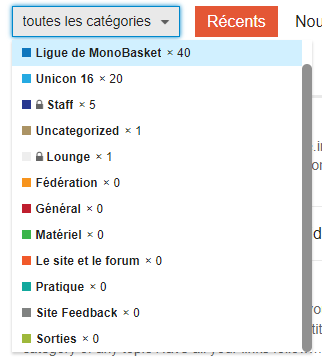 And if I go to Général: 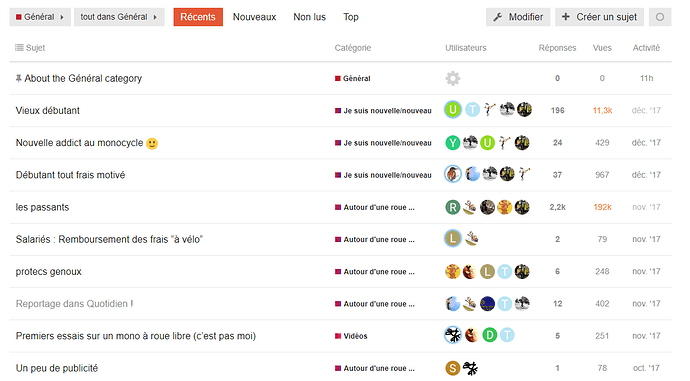 There are hundreds of topics on each category.

However, the number of topics is displated right on the category page: 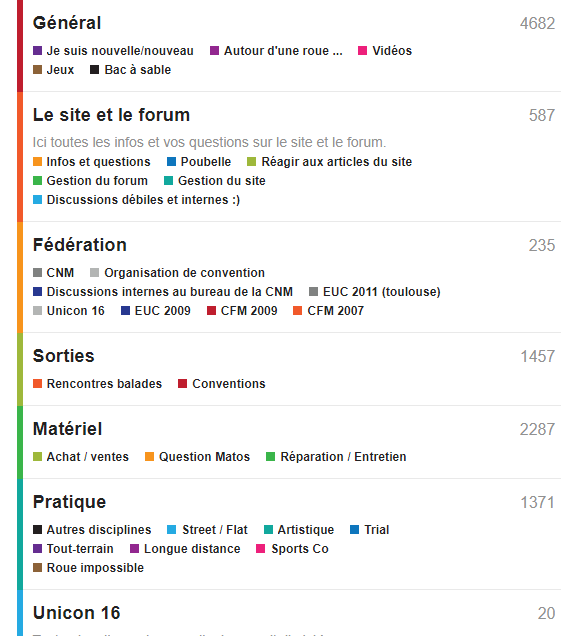 How long ago have you done the import? These stats are updated in a background job that runs every day/week (can’t remember).

Hi,
The import ended at least 6 hours ago. I looked at the sidekiq josb but I couldn’t find anything related to this. There was something like Category stats but it didn’t change anything after it was done.

If it’s updated in a short future any way, that’s not a big deal. Thanks for your reply.

I think this number only take the number of topics in this specific category and doesn’t count all subcategories.

Yeah, I got it. In phpbb you could have categories in which you can’t post messages, they just act as parents for subcategories.
So there is no message in them.

The displayed number for a category only shows posts that are posted in this category but not those posted in a subcategory as you said. Seems weird though.

Another question since I’m here: what happens if I import my phpbb data twice? Does it skip already imported messages/users/passwords/attachments?

I noticed that my imported images aren’t displayed (404 error) though I imported them in the import settings.
Any idea how does that come from and if it is possible to fix the issue without having to re-import?

I also reorganized all my categories and moved messages to other categories… I’d prefer not to do all of this again, I hope there is a solution.

edit: I discovered rake uploads:recover_from_tombstone. Hope that will help.
edit2: that helps.

That issue being solved, I have another question.
I imported from a fairly old phpbb dump ; December 2017. I did not notice until I made a lot of configuration and reorganization on my Discourse.
I can get a recent dump of my phpbb, what would be the proper way to add only the new (from December 2017 until now) messages, uploads and users to my Discourse?

I got that the importer will ignore the existing users categories and stuff but will it identify existing messages if I changed their categories on Discourse?

Also, on the last import I tried, I got the message after starting phpbb3_import.rb:

as it is the prefix on my dump tables:

I’m not sure why it doesn’t find the phpbb3_config table. There’s probably something wrong with your database dump.

The importer supports incremental imports. Simply put the new phpbb_mysql.sql and attachments into /var/discourse/shared/standalone/import/data restart the import. The importer uses the original IDs from phpBB3 to identify already imported data, so there’s no need to worry.

Anyway, it’s probably a good idea to create a backup in Discourse before you start the next import. Just in case…

Thanks for your reply. My dump seems fine but I do notice some differences between the two dumps.
Here’s a comparison of the first lines: https://www.diffchecker.com/ITAyzGCD (new one on left)

Hey all, every time I run step 1.5 Executing the import script

I receive the following error in the terminal:

Error response from daemon: Container [id] is not running

I’m not clear on how to get the container running? Any advise would be greatly appreciated

You should reinstall or restart docker, it’s not coming from Discourse

It is service docker restart for the second one I think

Thanks @Steven if I stop the discourse/app I can then enter import but of course the import fails because Discourse isn’t running. If I run docker ps -a this is what I see:

So if I run docker stop de1aa6a0e624 I can then run /var/discourse/launcher enter import and it starts the import but as I said, of course fails.

I guess for some reason the import container wasn’t running when you tried to enter it the first time. Try the following steps:

And if that doesn’t work, try