I’d like to look at updating the ad experience on mobile devices. Either looking to have the 320x50 ads fill the full width, or potentially look at introducing 300x250 ads.

Can anyone think of a way to have the 320x50 ads take up full width, solely by updating CSS?

@neil could we consider adding an option to change the size for mobile ads to 300x250, or at least on the ones every nth post?

I assume you are talking about the Discourse DFP plugin:

Summary: Set up advertisements on Discourse

IF YOU ARE RUNNING AN AD BLOCKER RIGHT NOW YOU WILL HAVE A VERY BAD TIME TRYING TO SET THIS UP! TURN IT OFF BEFORE PROCEEDING DOWN THIS PATH! You’ve been warned.

This is the officially supported Discourse ad plugin. Install and configure it to start serving ads on your Discourse forum. The plu… 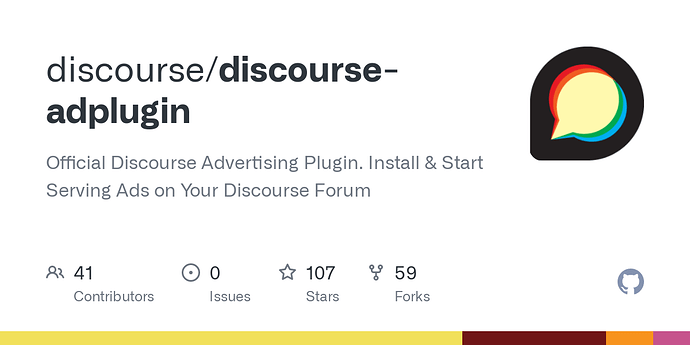 Be aware that support for additional sizes needs to be supported in JavaScript as well as CSS for DFP.

In addition you can have it dynamically select from several sizes based on the viewport size, more details here:
https://support.google.com/dfp_premium/answer/3423562?hl=en

This is more a development note and doesn’t provide you with something you can action unless you are a developer.

Thx for the details. Yes, I’m referring to the Discourse DFP plugin.

One part of what I was wondering was whether there was a way to set the width / viewport of the page so that it is closer to the ad size. Note that on a Nexus 6p for example, the width of the page is 435. If we could set a fixed width for the entire page to 340 and then the viewport adjusted to that, then the ad experience for 320x50 should be better.

The other point was to consider actually moving to 300x250 sizes, which I’m seeing much more on mobile views. 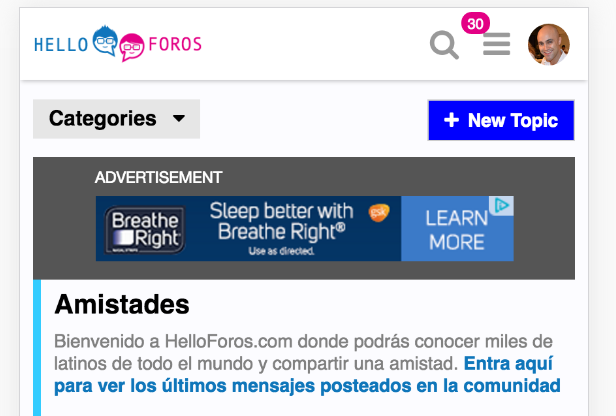 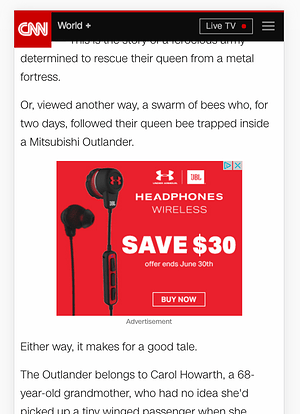 The target should be to optimise for “users” not “ads” - some of what you are saying sounds a little backwards.

It’s also possible to target multiple ad unit sizes for the same ad slot…
… this way the advert would be optimised for the user based on the ad network’s knowledge.

The only issue here is that the automatically selected ad unit size would need to be catered for / detected by Discourse to ensure vertical scroll position is not messed up.

Agree @DeanMarkTaylor. But if there’s a way that the 320x50 ads can be more legible, I’d like to achieve that. The concept of multiple ad sizes for the same slot is interesting, but it doesn’t resolve the issue of ads that look too small for a certain screen size.

It might make sense for @neil to look into GPT tags, but I think adding an option to use 300x250 ads for the nth ad might achieve the same effect and be easier to implement.

The revenue/performance of 320x50 on Discourse is terrible - near zero. I have proposed the support for larger banner sizes at least a couple of times here. With mobile browsing going up, the webmaster’s revenue will go down, as 320x50 will generate only a fraction of what the desktop banner does.

Will try to get it done soon!

Great @neil. If you haven’t already planned it to be this way, can it be a separate setting for top, bottom and the every nth ad?

Yes definitely. It will mirror the non-mobile settings.

Mobile ad sizes have been added for DFP in the discourse-adplugin.

The most popular (and recommended by Google) ad size 320 x 250 is there, along with some others. Let me know if I missed any. There were also some sizes missing for the non-mobile ad units, so I added those.

@charleswalter @BCHK The update is deployed on your sites now so please try them out and let me know your results. When I switched to 320 x 250 it was rendering blank rectangles, but after an hour they began to be populated. It seems to be normal for DFP/Adsense… /shrug

Thx Neil. We work with an ad exchange, so they will be providing us new tags that I can schedule through DFP. Can I suggest adding in 320x100 and 300x600? I know the 300x600 sounds large, but I’m thinking of testing it at the bottom of the topics.

Done! Give them a try. FYI, after changing the ad size setting, it seems to take some time for the ad network to pick it up and start showing ads of the requested size.

Just installed the plugin on one site, it works, and now configuring the second one. Two pointers:

How can I get rid of the ADVERTISEMENT

Use CSS to hide it:

That label is a requirement on many sites. AdSense may integrate a notice in their ads, but other ad networks don’t and require sites to add their own labels.

As for ad sizes, that’s entirely up to you. Your ad network settings (ad units, inventory, creatives, etc.) determine which ad sizes you should choose. Don’t choose settings that don’t match any ad inventory you’ve defined otherwise the ad network will probably display a blank rectangle.

Thanks for the CSS snippet!

Currently I am using DFP and your plugin to deliver AdSense ads only, with no other networks or privately sold campaigns.

Just noticed that the 320x100 has not been added for AdSense - only DFP. It is also a recommended AdSense banner size

I added more ad sizes for AdSense. Give them a try.

Other websites in the Official Discourse Affiliate plugin feature

@zogstrip Is there a way to use the plugin for Native advertising ? (Chosen topics/post from our own forum used as AD)…That will really helpful

I don’t understand the question. What is “Native advertising”?