Could it be inviting groups is broken in HEAD? The dialog doesn’t show completion for say “sales” and “support” anymore. It did with a build based on a commit earlier this week.

Hmm, did @tgxworld affect this somehow?

@carlokok Do you mean you this?

yes. Ours now does:

(ie shows nothing, but because of it, also doesn’t invite). To be clear, I update discourse every day or every other day.

Hmm what are the settings for the sales group? 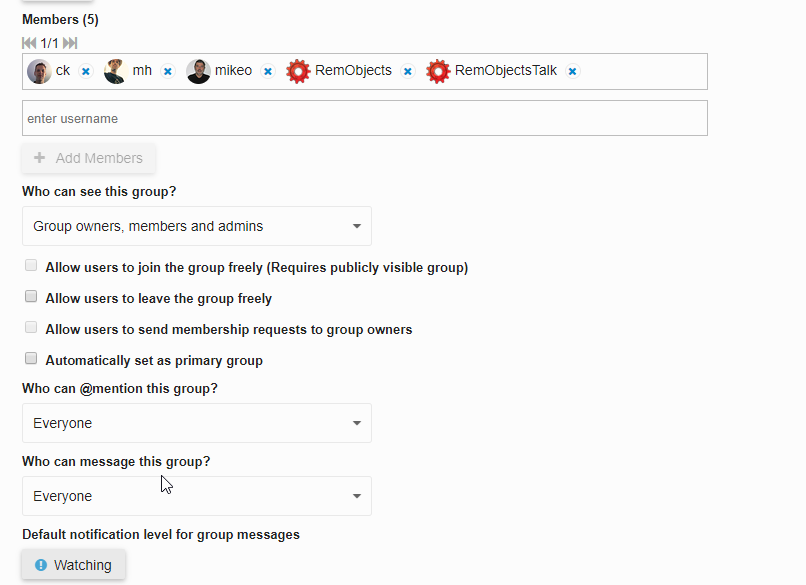 Oops this is my bad. I did abit of refactoring and our existing tests did not cover a group that is not publicly visible. Fixed in

Thank you for reporting @carlokok

Wanted to confirm that fixed it properly. Thank you!