No joy in either, interestingly enough. 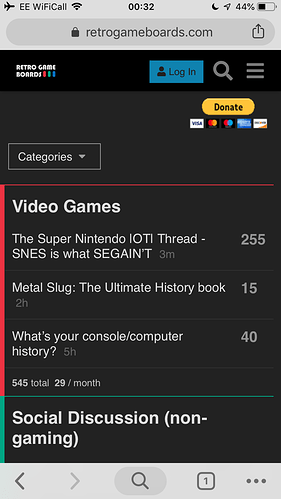 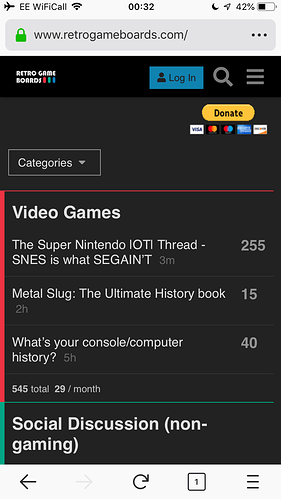 If Google and Mozilla are having trouble swinging this and they have large dedicated teams, I think the odds, sadly, of us being able to swing anything are very low.

Maybe open a ticket on GitHub for Firefox and/or Chrome (perhaps there is already a ticket there) if they give us a roadmap of how to do this it makes this feasible.

Nice find on the API.

I also filed a bug report with Apple, and may be able to call in a favour from the Safari Evangelist.

Opening tickets with the other browsers is an excellent idea. I’ll do that.

This all screams “fix it at the source” to me. I’d buy a plane ticket to the site owner’s home town (with their permission, of course) to convince them in person. Probably be a more effective use of the same block of time as well.

Factor in the other 40 sites I do this for. (I just checked)

What about if you lobbied to remove it once a user donates?

Now, about those tweaks for the other 40 sites…

The other 40 sites also have this badly placed donation banner on mobile? I am unclear. Maybe you can be much more specific?

I seriously don’t know what you are referring to.

Well you cited one example, and after the suggestion from @sam you made a request back to the community in question which improves the experience for all users who donate.

Are the other 40 sites all adding this kind of stuff? If not what is it you’re blocking? Adverts?

When there are so many communities who rely on adverts to survive, it wouldn’t be received well if the Discourse team to out of their way to help make adblock work within their app. It works in the browser today, they don’t control the browser. Actively assisting the blocking of ads within Discourse Hub is an entirely different matter though.

Sorry @codinghorror I thought you were being facetious. I mean, of course they don’t all have that badly placed button.

My last mention of 40 was left as a trailing thought… not a question. I wasn’t expecting further discussion at this point.

Not ads, no. Other things like buttons and menus I’d rather not see.

I don’t have time to list specifics and screens of all 40 content blocks (I said sites, but a better metric would be to count blocks as I use multiple on a few sites) right now but I’ll add further examples when I can. Generally, though, “page elements” is a good catch-all term. Like, headers, footers, avatars, dickbars, etc.

Will go into detail when I can.

You can see the problem though, right?

It’s a totally different situation if Apple decides to change something. They chose to allow content blockers in iOS in the first place, and determine the scope of their penetration into the network stack.

Can you imagine the uproar if content blockers worked iOS-wide? Ad-funded apps would no longer make sense at all.

That said, I completely agree on your reasoning - that would indeed cause money problems in some places.

As an aside, content blocking iOS-wide is a thing. Check out FutureMind’s Weblock app.

It’s unfair for them to call that an app, it’s just delivering a proxy server setting (pac) to the phone. You could do the same with a VPN.

Blocking ads is done by sending all communication with different ad servers via the dummy proxy server. It will fail every time and prevent the ads from being shown. Weblock works only with Wi-Fi, since we can’t change cellular proxy settings without jailbreaking the device or putting it into supervised mode. AdBlock will work on both Wi-Fi and Cellular.

Yes, I read your last re-quote. If you can come up with a way to allow elements to be blocked, without also allowing adverts to be impacted then please do share.

My point (third time lucky?) is that content blockers either work, or they don’t. There is no halfway house. Fixing your problem has more undesirable outcomes, than good.

(I had the displeasure of raising the Weblock app internally when I worked at Apple as a Technology Evangelist. Back then it used different presentation/language, but was still just a configuration app for a user-defined PAC (proxy auto config). App Store couldn’t nix it, because it was in a grey area. The best that could be done was to ask them to change the language — they also added a VPN mode down the line for good measure, ha!)

Well they did just ream out Google and Facebook for using their enterprise certificates for sideloading apps which proxied traffic. I can totally forsee a future change to the app store terms which nixes abusing proxies in this way, they opened the door for Content Blockers to make this kind of practice unnecessary.

Weblock has been around for 6 years, so it’s not new. I can’t see Apple having another go at it after leaving it be for all that time. Unless it became the number one paid app or something equally crazy.

What about if you lobbied to remove it once a user donates?

Didn’t work after all. Admin initially agreed, but then backed out due to being unable/uncomfortable making the change with their skill level.

You can have them contact us, provided they are willing to provide admin access for a bit, we could assist and write up a how-to here? I am definitely willing to commit to that cc @hawk if we get a nice how-to writeup out of it.