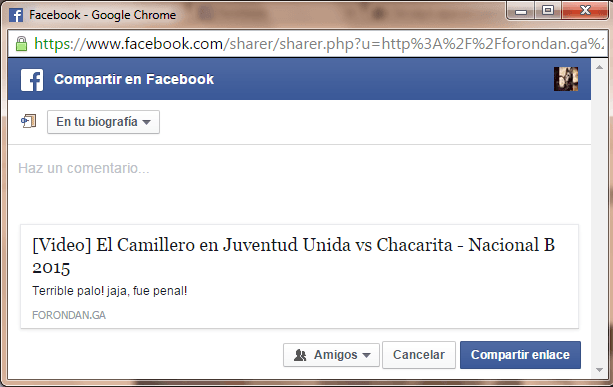 I have this problem always share something on facebook, maybe with a thumbnail, looks better.
Maybe add a function to grab images from the post or video. Or a option in the editor “Upload Thumbnail”

Yes, we want thumbnails! On topic lists and on facebook sharing. You have done for us a great piece of software. Only those thumbnails are missing.

The Discourse choose the first image of the topic to use as a thumbnail. When there are no pictures on the topic, it does not show.

You can manually add a default thumbnail. Add this code in </head>

The Discourse choose the first image of the topic to use as a thumbnail. When there are no pictures on the topic, it does not show.

But what about the video posts?, theres another way to grab the thumbnail of the video maybe?

he Discourse choose the first image of the topic to use as a thumbnail. When there are no pictures on the topic, it does not show.

not really this is what i get in preview (first image)

Having similar problems trying to promote posts on FAcebook. This is the posts I wanted to share, which the user had added a number of photos for.

Instead, I just get this.

I have no idea what Facebook is doing to pick up that image, but I know that it certainly isn’t Discourse doing it.

Strange. I just tried it again when I was logged in as the page, and not my personal account. And this time it gave me the option to upload an image. Maybe since it was the first time the page was being shared, FB didn’t know how to handle it well.

Perhaps it’s a FB bug? or an issue with the first time Facebook accesses the HTML version of a Discourse page?

I just tried this experiment. 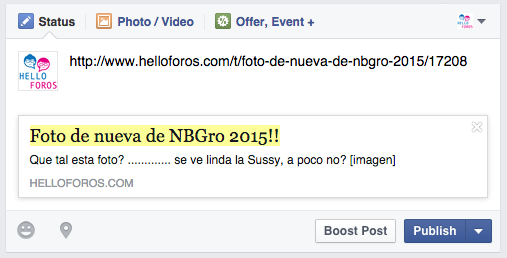 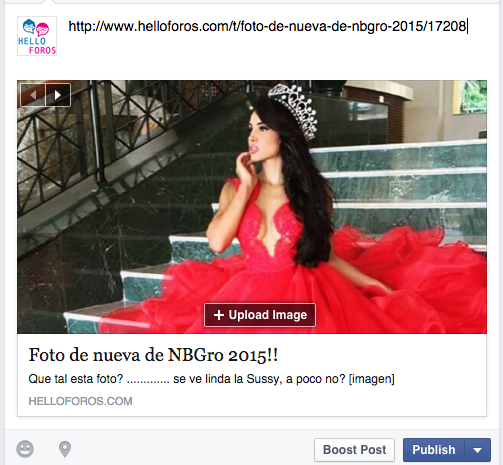 @charleswalter I have to do those same steps with a non-discourse site. No idea why.

You can see what information facebook is getting from a URL here:
https://developers.facebook.com/tools/debug/
It seems that for a page that facebook hasn’t already scraped you need to click on ‘Fetch new scrape information’ after entering the URL. The same is true if you update the content of a page and want facebook to update its scrape information.

Thx. A little different from other sites I’ve worked on where we explicitly set an og:image. But I guess this makes sense.

Seems like it’s still the case. It’s showing up discourse logo even when my post has multiple images 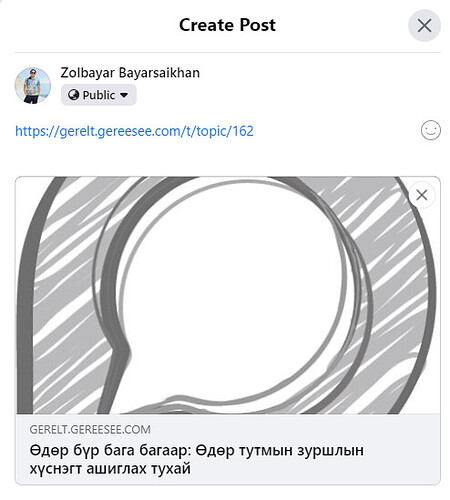 My guess is the post images are too small. Also try setting a proper smaller logo for your site rather than the default generic Discourse one.