Should old topics be deleted from this forum?

This seems worthy of its own discussion topic for the community here to weigh in on in the ‘meta’ sense (continuing the discussion from Notification when a moderator or admin deletes your message):

Notification when a moderator or admin deletes your message

I do a lot of deletion of old irrelevant topics from Feb '13 to remove noise from search engines.

Notification when a moderator or admin deletes your message

This makes me very sad.

Good open source projects keep a public history of decision making for the sake of Science. Also, search engines tend to discount old data that hasn’t been updated in a long time, so locking, archiving, and otherwise flagging information as outdated is much better than removing it altogether.

What kind of topics should be deleted from this forum? Should they be handled in some other way?

Discourse has changed a fair bit since Feb 2013 launch.

It’s like adding a bunch of land mines in your search engine, step in the wrong place and boom.

The older the topic, the more I weight these factors.

I have sympathy for what you’re attempting to accomplish and also what @downey said.

Of course, we’re coming from mailing list culture where mailman archives persist forever, so that has set the expectation, while I realize a forum is a different beast.

What if instead we just archived out of date topics?

And made it so that archived topics were hidden from search by default?

And later when search gets fancier, a search parameter could allow including archived topics in the results.

One interesting option may be adding a setting to categories that makes topics within it not be indexed by google. Then ship some problematic topics there. A lot of the time its not clear cut that something needs deletion but it is clear cut that it does not need to be indexed.

This is actually an argument for actual Archiving, ala the actual topic state, though these wildly out of date posts, I fail to see how they’d really be useful to anyone ever even in a tape archive in a warehouse in Arizona.

And even with local search, they cause problems – you land on one of these topics either through Google or local search, you’re gonna have a bad time because the info is out of date and/or flat out wrong based on the current version of Discourse.

Actually they’re super useful. Keeping them helps future generations understand why design decisions were made, why things were added, removed, or changed. It helps us to know what was around before we were, and helps to prevent us from making the same mistakes that were made in the past.

Support topics for issues that are not only resolved, but prevented in current versions of Discourse.

Because we know regressions never happen.

Old support topics for issues that are derp forgot semicolon where the error was not anything anyone in the future could really learn from other than “don’t do that”.

This, yes, perhaps. But support is often quite different than discussion about building software.

You will notice that I did not mention any pure discussion topics – only support and very old, obsolete bugs representing versions of Discourse nobody will ever encounter.

It might be useful to have a mechanism for adding admin-configurable banners to topics. In this instance, you would have an action called ‘Mark as “no longer relevant”’. Posts that have been marked as such get a big banner at the top saying something like:

I admit as a Moderator I am biased, but I really don’t have the the time to make old discussions up-to-date.

As far as I’m concerned, as long as a post has a visible date that should be enough.

eg. if I see a post like “how to do this” made x years ago I understand that it will likely not help me in the present day.

Better to have no chance of anyone seeing it at all. Even five people befuzzled and confused by out of date, incorrect information is too many,

I think the dogfooding nature of meta probably makes it unique from a “deletion policy” perspective. Many communities will use other tools like issue trackers, wikis, etc., which all have their own artifact version control built in. Because Discourse is about facilitating discussions, generally a deletion policy has its place for users of the software. Open source projects might delete some conversations, but wouldn’t delete bug tracker tickets simply because they’re outdated, and wiki pages should generally get updated/revised rather than deleted.*

So that said, if those types of data that would otherwise be in a wiki or issue tracker are retained vs. deleted, then my point that @mcwumbly quotes above becomes moot.

* Now I’m not saying that this actually happens, and there are more than enough wikis that have outdated pages for various reasons, but this is just used as an example.

Making it clearer when a topic has been closed might make it easier.
If someone got a notice at the top saying that the topic is closed + a possible close reason like “This bug has been resolved” then, that would vastly simplify things.

Would it be possible to exclude archived topics from local search by default and also tell google not to index them?

If that were implemented, would you be more inclined to archive rather than delete old topics @codinghorror?

They’re still going to appear in our search, so that doesn’t help me. I don’t want them appearing anywhere – they are land mines for the unwary, which is 99.99% of every audience. 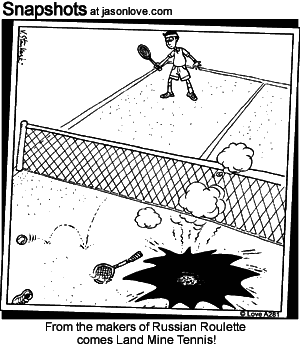 In the .01% of the time some archaeologist wants this stuff he or she can visit cold storage, somewhere.

They’re still going to appear in our search

Would it be possible to exclude archived topics from local search by default…?

If that were done, wouldn’t it solve that problem?

I think this is a deeper discussion about what Archive topic state means, and should do – but yes, archive means “move to cold storage at some point” and we eventually need to define that.

1 Like
Best practices for archiving topics
What is the difference between Closed, Unlisted and Archived topics?