I have public groups on my forum. A user that just signed up (so has TL0) started sending spam. Normal DMs are limited to TL1 and higher. Is there a way to set the bar higher for group messages? I also want to set that to TL1 users. 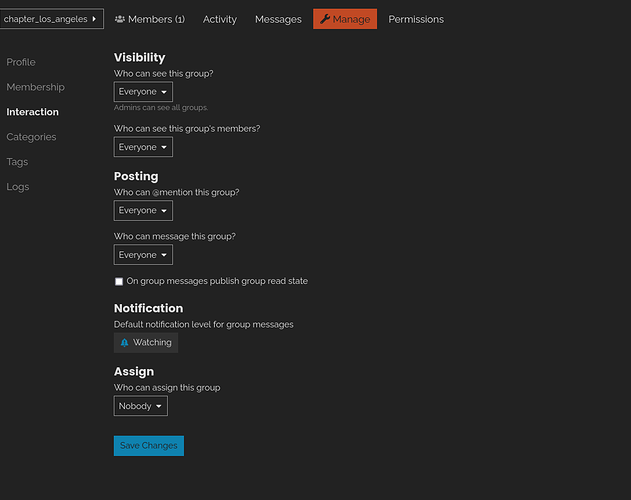 The options are a bit limited. 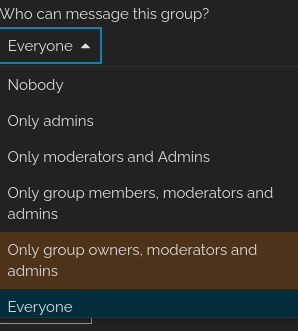 I want everyone with TL1 and higher to be able to join a group and non-members should also be able to message/tag the group. But I would like to set a limit to do that at TL1. There doesn’t seem to be a setting for that? I do have Akismet running on the forum. But it didn’t catch the message.

Hey @AquaL1te – It looks like someone from the Discourse team suggested this as a feature back in 2016 (Limit group messaging and @mentioning by trust level or group(s)). At this time, I don’t think there has been any update on limiting group messaging by the trust level. I would say to submit this as another feature, referencing to the older feature request from 2016, to see if there is a possibility to add this to the Interactions tab in Group Settings. They may have the ability to create mockups now and implement this feature.

In the meantime, you may need to continue watching for the spam posts or limit the message to ‘Only group members, moderators, and admins’.