Noticed the custom time picker seems to not be displaying properly in Safari.

Rather than showing the placeholder --:-- -- that indicates the time format (selectable by arrow keys) it just shows as a blank input field. We ran into this yesterday…tried to set a timeframe on something, didn’t see the correct input field so ended up typing a time as a string that must have been an incompatible format, so the operation failed.

Screenshots of what I’m seeing in different browsers— 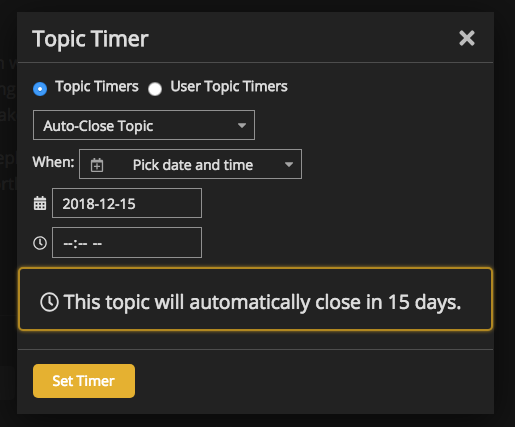 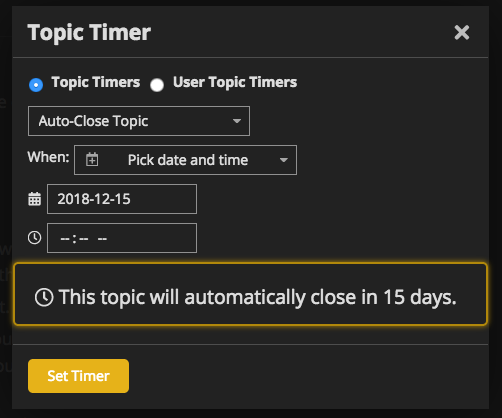 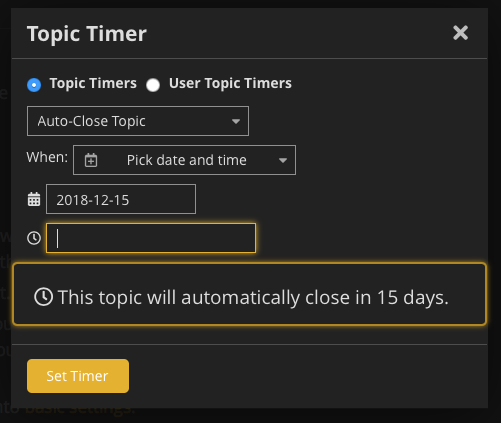 Safari doesn’t support input type=time. Instead, it reverts to displaying a text input. The input is expected to be in the form of hh:mm:ss, in a 24 hour format: https://developer.mozilla.org/en-US/docs/Web/HTML/Element/input/time

I’m not sure what Discourse should do to handle time inputs on Safari.

Ah got it, thanks Simon! Bit confusing; on that page they say:

Browsers that don’t support time inputs gracefully degrade to a text input, but this creates problems both in terms of consistency of user interface (the presented control will be different), and data handling.

The second problem is the more serious; as mentioned previously, time inputs’ values are always normalized to the format hh:mm or hh:mm:ss. With a text input, on the other hand, by default the browser has no idea of what format the time should be in, and there multiple ways in which people write times…

So I guess it converts to hh:mm:ss but some browsers indicate it as hh:mm + am/pm (e.g. in Chrome those last two dashes are AM/PM, not seconds). But they do also list some possible workarounds:

One way around this is to put a pattern attribute on your time input. Even though the time input doesn’t use it, the text input fallback will.

The best way to deal with times in forms in a cross-browser way, for the time being, is to get the user to enter the hours and minutes (and seconds if required) in separate controls ( <select> elements are popular; see below for an example), or use JavaScript libraries such as the jQuery timepicker plugin.

Personally I’m used to seeing a dropdown selector for time; something like in Google Maps looking up directions for a specific time, it’s a dropdown w/ half hour increments but you can also manually enter as text. the jQuery Timepicker thing seems similar to that, maybe a good way to go.

Just a guess but I would think w/ Discourse’s time-picker use cases specifically it’s probably pretty rare to need to schedule stuff for super granular times and a dropdown w/ something like one-hour increments could be a fine default.