I realize this is highly dependent on monitor size, but I primarily use a 15.6" laptop, so it impacts me a lot.

As far as I can tell (at least by default), you can see the ten most recent notifications in the notification menu. Whether or not you have to scroll to see all 10 is dependent on both the size of your screen and the length of the titles of the topics referenced by the notifications. If someone creates an obnoxiously long title for a topic, notifications for those topics can take up a large portion of the screen, making it so you can see fewer notifications before having to scroll.

Would it be reasonable to truncate the topic titles displayed in notifications to 2-3 lines (if that can be done reasonably given different monitor sizes / resolutions) or a certain number of characters?

This bugs me as well, but the honest truth is it’s easier to fix it by enforcing globally shorter title length requirements in site settings.

I thought of that, but there are occasions where having longer and more descriptive titles can be useful. So it’s a shame that it impacts other parts of the site negatively.

Having said that, “longer” is all relative. I just did a quick scan through of the forums I use to find longer, but still usefully named, topics. All but one were still well under 100 characters, and the longest one was 107. (The one that caused me trouble was 197 characters, but the topic title was not at all useful.) But having said that, the lines start to wrap after anywhere from 25 to 35 characters depending on their width, so you’d have to make the max title length pretty low to avoid this situation entirely.

It also happens that those usefully named topics titles around 60-80 characters were largely in Japanese, where the characters are uniform length (and wider than English characters). So it would take fewer characters to get into this situation.

I’m far from being a designer, but maybe truncating longer titles isn’t the best option?

I’m thinking it might be possible to widen the drop down width a bit more without sacrificing “too much” screen real estate.

I got a notification from one of the longer (but reasonably named) topics. The title was 69 characters, but it went onto a fourth line. 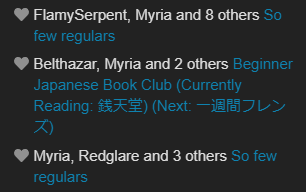