What would you like to see on your Discourse 2.0 Admin Dashboard?

Lots of great ideas shared here, however the discussion has veered off a bit into plain stats territory. At most I think the dashboard should display 2-3 different stats. Other than that, it should just focus on helping you do the admin-thing you came to do.

Critical dashboard features for me include:

If you have Chrome installed, I highly recommend checking out their chrome://settings/ page, which I think is excellent: 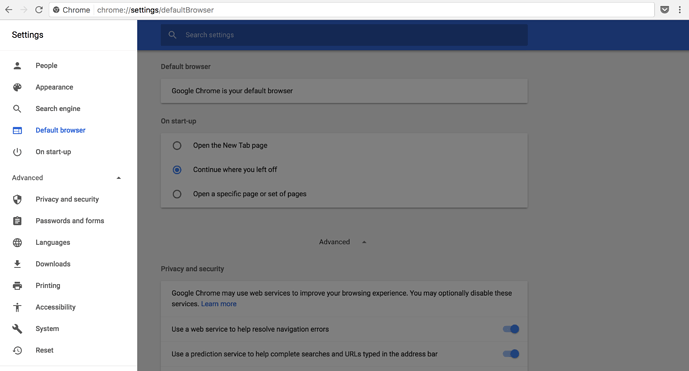 Another great example is the iOS settings screen: 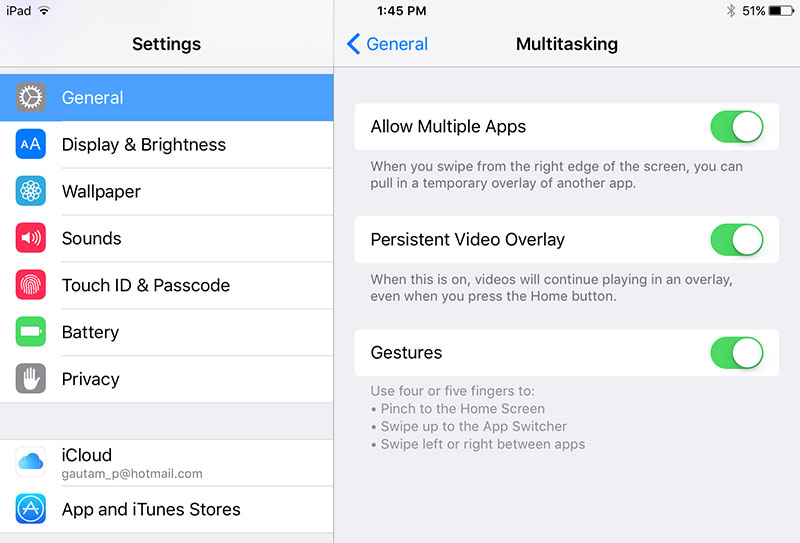 One mockup I played with almost a year ago looked like this: 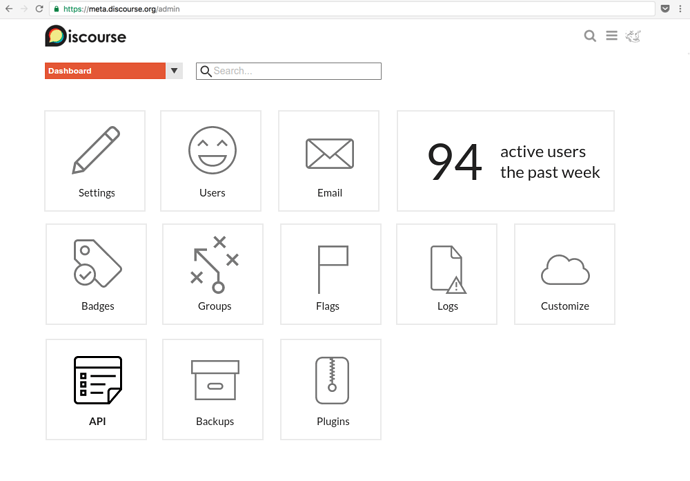 This is more Metro style than the two examples above, and I find it to be somewhat inferior, but it attempts to work within our current constraints.

Helps me find what I’m looking for

that would mean that the customizable elements (I imagine them as tiles) should perhaps be links to the most used stats rather than the stats themselves. But then again you might want to leave it to the admins to decide what they prefer.

As for your mockup, I’d personally find it too minimalistic although it reflects how I currently use the dashboard, i.e. to hop on to some other admin page. But that is partly due to the absence of

Because the dashboard is mostly just an extra click for me to get to where I want to go, I have actuactually considered adding my most frequently used page to the top of hamburger menu for easy access. Just haven’t gotten down to it yet.

Helps me find what I’m looking for

then there might me some more room for all the stats that are si popular here (and, honestly, to me dashboards are about stats and indicators. What you seem to have in mind is more of a control panel to me.)

I’ve kept mostly quiet in this topic to try and get an unbiased feel for what people think they want on the dashboard.

I envisage it to be something pretty similar to what you’ve mocked up @erlend_sh however I suspect there are more than 2-3 primary metrics which CMs should be tracking to keep a gauge on community health. I’d like to see those metrics along with links to actionable insights.

I’ll start to wireframe something as a starting point but will leave this topic open in case others stumble across it and have input.

and, honestly, to me dashboards are about stats and indicators. What you seem to have in mind is more of a control panel to me

Agreed. When I heard the question “what do you want on the Admin dashboard,” I thought we were just talking about metrics. Didn’t realize the scope of this topic was any bigger than that until just now.

Agreed. When I heard the question “what do you want on the Admin dashboard,” I thought we were just talking about metrics. Didn’t realize the scope of this topic was any bigger than that until just now.

Hmmm, I’m not sure that it is…

That likely means removing some of the extraneous data that isn’t particularly relevant and elevating more community health related metrics (with insights).

Caveat: @erlend_sh has been on holiday since I started in this job so we haven’t yet had a chance to confer on this.

Moodle had a new settings page when you did an upgrade (probably still does, but I’ve not used it in years). I found it really helpful. I think that there is a large set of admins who don’t read every commit who would like to know when new features appear. It would be much less noisy than having to read every post here or read and understand the commits.

Edit: this should be buried on some upgrade page, not taking up space all the time.

I’m on the fence about cohort analysis TBH. It’s incredibly complicated to follow and I think there are simpler ways to track retention (e.g. no of members that have been inactive for 3+ months).

Would you need it to be more granular than that?

I’d be good with this. Thanks for asking.

Or is it just me who has to stare at the spinning wheel for 10 seconds or so?

Stats are already being recalculated and cached every 30 minutes, so maybe the rendering is slow.

I don’t want a lot of visual elements competing for my attention. I can’t tell you how many times I’ve gone on Facebook meaning to send a quick message to a buddy, only to trip into the news feed and forget what I came to do.

Can I respectfully propose the opposite.

It’s an admin dashboard. Please make it dense, data-rich and avoid me having to click to navigate to the information i need. I want to see all the info in a single page, with colour used to draw my eye toward anything that needs immediate action.

All the data. One page

The following would be infuriate me: 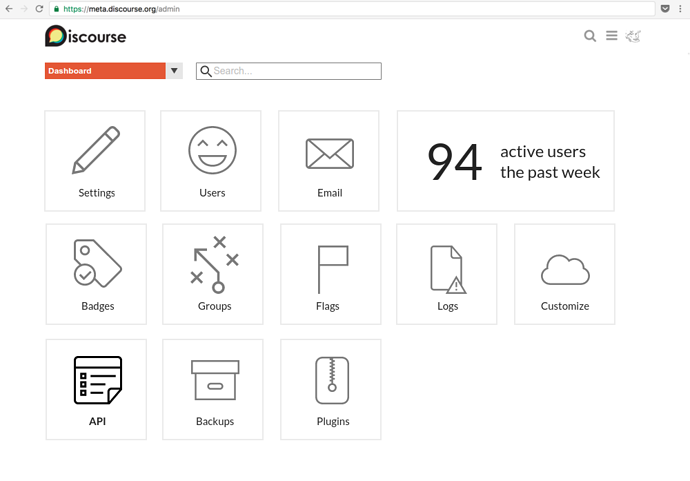 I don’t want to spend five minutes clicking through a dozen dashboards to see the information that used to be presented in one.

I agree that @erlend_sh’s mockup perhaps goes a bit too far in the other direction, however right now what we present is a wall of numbers in a very busy Excel spreadsheet and it desperately needs simplification.

It would be good to perhaps show 1-2 key graphs along with the most important metrics for your community growth.

To be brutally honest, I would prefer that we copy what other similar software is doing (at least community / post / topic oriented software) rather than reinvent this from scratch.

What does engaged mean in your community?

is something I have been missing in the active user table and it certainly makes sense as an aggregate indicator on the dashboard.

I’d imagine maybe a combined timeline graph showing a line for number of loggrd in users per day (hour?) and one for average time on site.

That’s something Google Analytics can give you, it’s not really the job of the forum software to tell you that. If you want it, key in your google analytics code in the site settings.

What dashboard really misses are aggregated data per week/weekly/year. For example I’d like to know how many new users I had the last week. Or this week or the last month.

This would help us to gauge whether our community support is improving over time.

I see this thread is a bit older, but if you are still considering features I would like the ability to filter dates upon landing on the dashboard. I’m doing all my metrics for December right now and it would be nice to filter specific dates instead of just seeing the last 30 days. 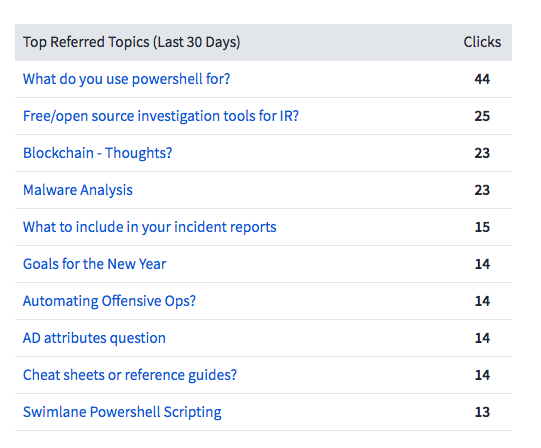 I had a client ask today for category-level stats (likes, views, posts, etc).

I like all the stats which are already there, really helpful

I’m toying with the idea to have fancy metric graphs, either a circle or just the one you’re providing for the traffic lines. Stats are more beautiful when visualized imho.

Thinking of Kibana a bit here - what if Discourse had “dashlets” which can be dragged/dropped, and users are free to modify their admin dashboard?

This could also involve more custom metrics, including SQL-like searches similar to the badges.
Or tag clouds with the most searched words.
Or traffic charts directly on screen.

I know that this is probably way over the top, but you are already doing great stuff. I could do that with the Prometheus plugin and collect the metrics with Icinga, forward it to Graphite/Grafana … still the main dashboard is what I open the most.

Here’s an example how we’re visualizing performance metrics and logs in Kibana, to get an idea what I mean. I’ve seen that you’ve been blogging about Elastic Stack already.

OSMC 2017 | Ops and dev stories- Integrate everything into your monit…

There are many tools and possibilities available in the Icinga monitoring ecosystem. Setup Icinga 2 within a distributed architecture, put Icinga Web 2 on top …

There’s no need to make the dashboard really dynamic, just some “widgets” would be a cool and fancy addition. That is a “killer” screenshot on discourse.org then too.

Such a dashboard “query” could also be exposed via API, just thinking. Or being added specifically to the Prometheus plugin.

I also like the idea of moving the menu text entries into overview icons. Still I think there are too many menu entries today, it is faster to navigate in the menu right on, than to move the mouse onto the dashboard.

This is generally done through third party analytics such as Google Analytics – be sure you have set that up by entering your analytics ID in your site settings.

I do have GA on my instance.

To me, the discourse dashboard is a succinct window into my community. I really like it. Just a tiny bit more filtering would be nice.

The data in the dashboard is excellent for reviewing key metrics at a glance, but if you are porting the data into excel/sheets for custom weekly or monthly summaries to distribute it can be clunky. If I want to pull daily data for each stat category I need to enter each one and either export or copy/paste. Would love it if I could select a date range and export a set number of days from all (or a group of select) stats and get one CSV with several columns of data.