Hello there! First of all - thank you so much for bringing Discourse to life. It’s a great platform and I have a lot of fun using it for years. Although, recently I’ve noticed that in the profile settings in the time zone filed there’s a wrong transcription of Ukrainian cities. Sometimes both ways of spelling are present (1) 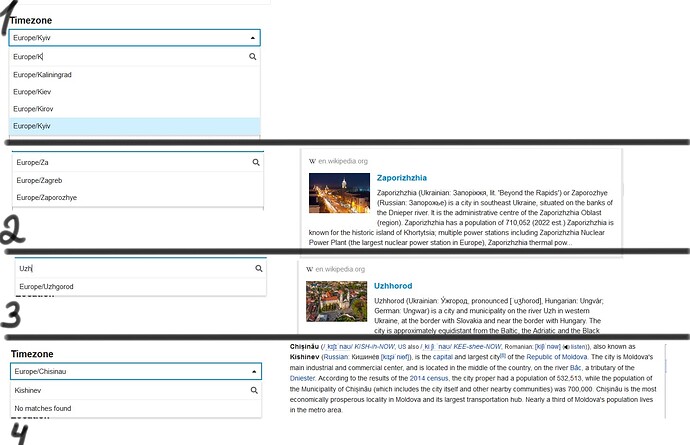 Sometimes only one, and it is the incorrect one (2). Yes, Zaporizhzhia is the region when Russian army occupied the biggest nuclear power plant in Europe and threatening to blow it up if their demands won’t be satisfied. Yes, this is happening right now, at this moment.

Sometimes it’s even trying to force the correct spelling towards the incorrect one changing h to g! (3)

I know, it may seem like a minutia, and probably the database of time zones you’re using were build based on a Russian spelling. You see, over the years the way you spell the city name became a political thing - well, to be fair, it was always like that, although with Russia waging barbaric war on Ukraine it became even more apparent. Usually, when people are using Russian spelling for Ukrainian cities it’s like if they’re denying their belonging to Ukraine and it’s sovereignty as an independent state. Here’s a few articles on the matter: 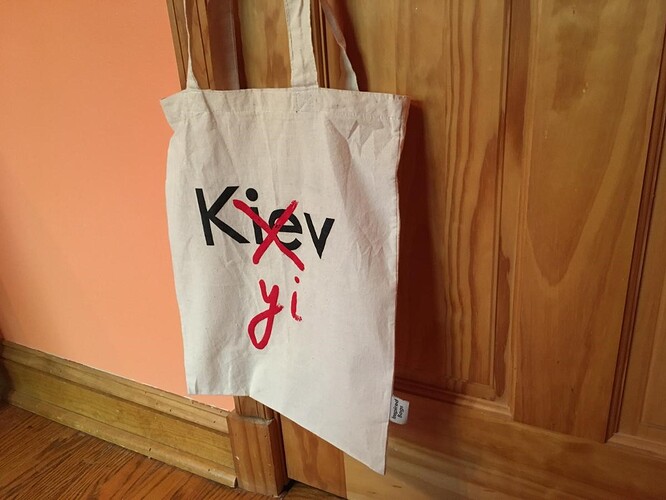 Kyiv not Kiev: Why spelling matters in Ukraine’s quest for an independent...

A number of global heavyweights have recently adopted the Ukrainian-language derived “Kyiv” as their official spelling for the country’s capital city, replacing the Russian-rooted “Kiev.”

And it became a political marker: 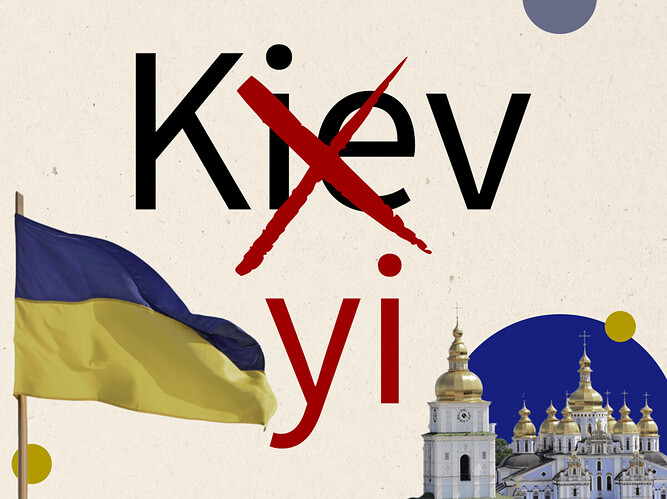 Why should we call it Kyiv not Kiev?

Kyiv is derived from the Ukrainian language name, whereas Kiev comes from the Russian language

I don’t think Discourse as a community has a purpose to come across as a supporter of Russian colonial policy, so it would be nice to have this issue fixed and to use the original and proper names for cities and corresponding time zones!
I mean, Discourse is already using local names to the ex-occupied by Russia territories instead of forced spelling (4), so why not to make it a universal practice across the board?

As you’ve said yourself, that’s not defined in Discourse. It would be a very bad open source practice to handle it ourselves instead of delegating it to the standard library.

In Discourse we call the Rails Timezone class, which is a wrapper of the TZInfo gem, which reads from the tzdata of the underlying OS. We use Debian for our container image and I believe it sources it from Time Zone Database. So it may be better taken to IANA, in order to fix it everywhere.

EDIT: It appear that this change was already made in the Time Zone Database and it’s coming out on the new release, so our standard updates will catch it automatically.

Most recent English-language publications seem to use "Kyiv". Although I used Go…ogle to attempt to count how popular each spelling was, these attempts failed because Google now automatically searches for both spellings if you give either. Worse, it seems even to present results that alter the spelling. For example, I searched for "Kiev" (with quotes) and the first headline that Google News reported was "Boris Johnson Tours Kiev"; but when I visited the referenced article the headline was actually "Boris Johnson Tours Kyiv". In this situation, Google’s famed numeric counts don’t mean much. For what it’s worth, I counted results by hand in a plain Google search for Kiev in which I followed all the links, and 14 of the 19 hits in the first two pages of results preferred the spelling "Kyiv"; when I searched for Kyiv, every hit in the first two pages of results preferred "Kyiv". This indicates a strong preference for "Kyiv". * NEWS: Mention this. * backward (Europe/Kiev): New link. * europe, zone.tab, zone1970.tab (Europe/Kyiv): Rename from Europe/Kiev.