We’re doing okay. We’ve had some issues when one of the members livestreams… and the entire thing tanks. But, we’ve been working towards adding stuff:

I added the forum to the site in September '15 I believe. I scaled it up a couple of times; I started it with the 2GB RAM/2 vCPU/20 GB SSD.

Oddly only a fraction of people from the main site use the forum, but that just lead to a really nice atmosphere in there

I will be checking out your site soon, as I am interested in crypto as well

Well, mainly just Ethereum, but there are a few other I find interesting

Fantastic! If you have a moment, I’d love to hear (and many others would appreciate it as well) what you’ve learned from running a Discourse system for the last few years… what worked, what didn’t, what did you learn and perhaps maybe how you’ve financed it?

Well, I just keep it updated, and don’t use a lot of plugins. The only two I use are discourse-affiliate (which unfortunately only does Amazon-links, and not even UK-ones) and retort. I do have the standard ones enabled.
It’s been relatively unproblematic, although I am thinking about storing images externally (S3 or Digital Ocean Object Storage).

As for financing, I run ads on the main site, not the forum. The reason for this is, that people can donate to have the ads removed, and I haven’t worked out how to turn ads off for some users on the forum, so I left it ad-free for now. If I were just running a forum, I’d probably just throw some ads in there (though I’d like to be able to turn them off for some users).

We’ve scaled things up a bit to handle and done some performance-related tweaks and upgrades. We’re now on a High-Availability CPU (‘High CPU’) with 12GB / 8 CPUs.

How much bandwitdh do you need?

7 posts were split to a new topic: Split from “1M pageviews in 2 weeks”

Congrats on your continued success!

750+ Supporters: The Bitcoin Pub Built a Successful Business by Treating...

John and Peter Saddington are engineers, educators, brothers, and cryptocurrency enthusiasts. They’re also the founders of the Bitcoin Pub and Decentralized TV, a community built for communication, education, and better crypto software products for...

ah, thanks so much!

so much of our continued growth has been because of Discourse… i can’t express how grateful i am to the team here and the product!

loved meeting some of the team today @ the CMX event! 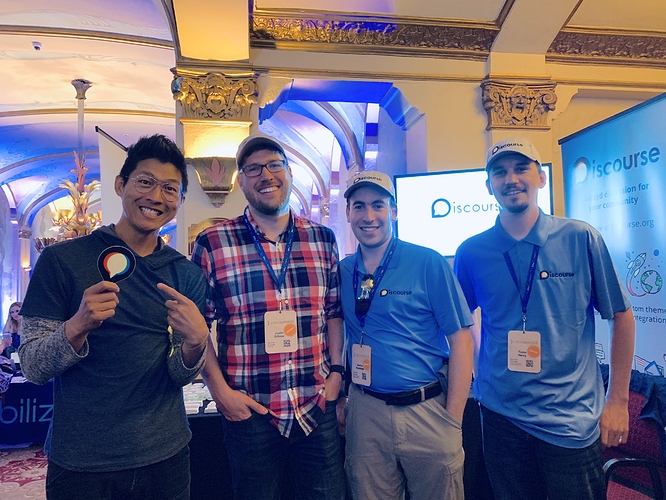 this software has literally changed my life… and the lives of many folks that we’ve been able to connect with from all over the world.

THANK YOU ALL FOR YOUR AMAZING and IMPORTANT WORK!

This is now a redirect to a Discord server. What happened?

It probably was too expensive to run discourse for a chat style system for 100k+ people that continued to grow without any constraints. But that’s just a guess.

Also the timing of conversation in cryptocurrency is important. They are shilling and inventing and the rest of it. So synchronized chat in real-time is probably more appropriate than anything.

40 Gb to small for large community with 1 million views, storage play a huge role on communties. not only cpu power. Even computer relax with more storage.

It probably was too expensive to run discourse for a chat style system for 100k+ people that continued to grow without any constraints. But that’s just a guess.

Well, there sure aren’t 100k+ people on the Discord server. 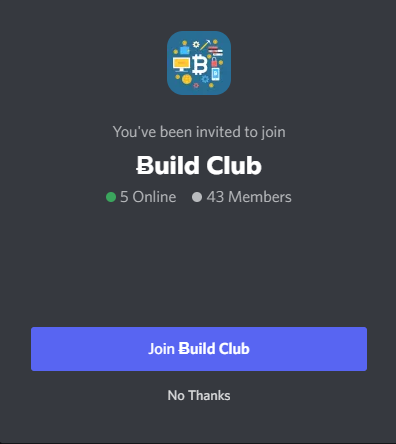 Good catch. From that can we conclude the migration away from Discourse was not a brilliant success?

I don’t think you can say that. Like many projects, the leads could have lost interest or got what they needed out of the exercise and reached their objectives.