Backup is stuck at "reading policies" and "reading row security"

Hi, I’m having issues when creating a backup on the admin’s interface. It seems the backup just stalls and won’t terminate. When I try to cancel the process by hitting the cancel button things seem to stop, but once i hit reload on the page, the backup just continues from what is seen on the screenshot. 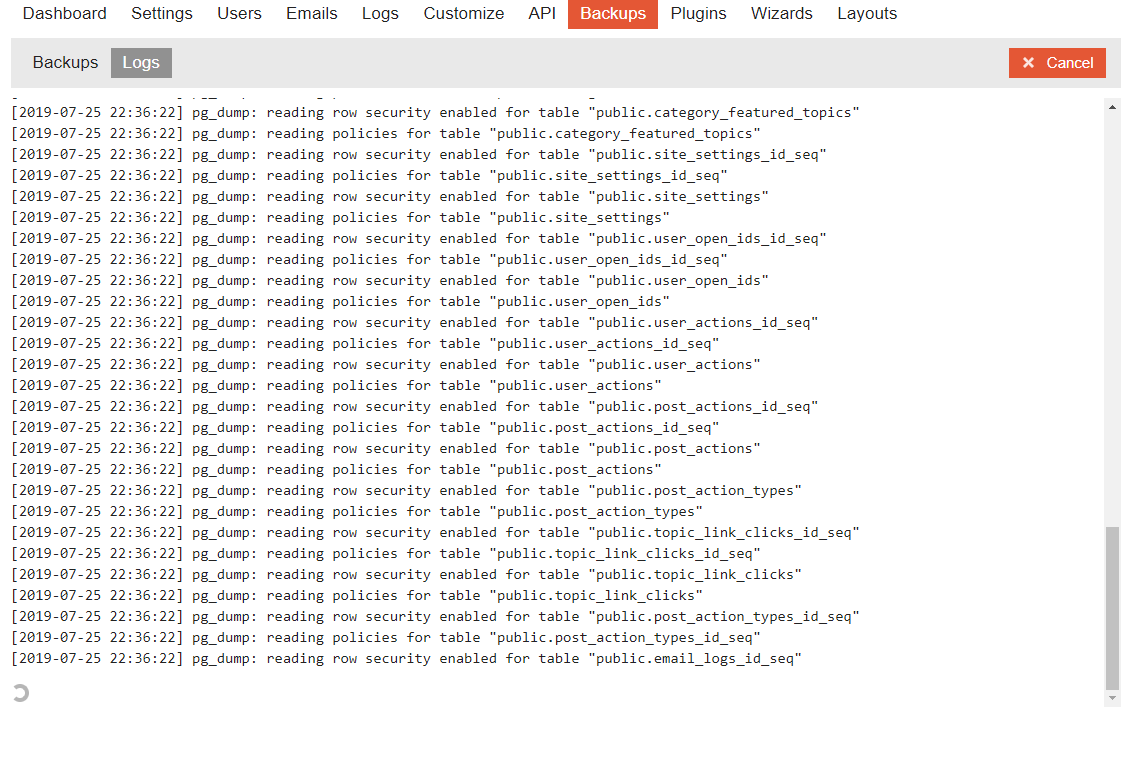 When I run a backup to test, the “reading policies” and “reading row security” steps start and complete within the first two seconds of the backup.

Are the disks on this site unusually slow or any other oddities with the database subsystem?

Also, was this a backup with uploads included, yes or no?

At the moment disks seem ok. (i could be missing something that would tell me otherwise though) I do see a I/O disc read spike on the 26th.

Not sure if this may be a case, but I noticed oddities when manually sorting titles in conjunction with the custom wizard plugin. I’ve been using the plugin to acquire user survey data which is then output as a formatted post, but when I try to sort the title of the post alphabetically using “Change Timestamp” I noticed some users posts would go invisible. The only way the posts would show up again is if I unpinned a post within the category or if i impersonate the user and resubmit the custom wizard survey.

edit: updated the server with a git pull and ./launcher rebuild app and am now able to create backups with uploads included!