This theme component will allow you to designate a blog category and will alter the look and feel of all topics within that category to appear more like a traditional blog post. This is essentially a theme component adaptation of the Blog post plugin. 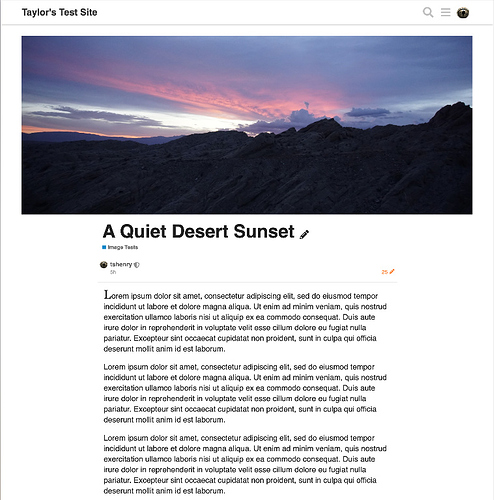 If you are unfamiliar with theme components and how to install them, check out the theme installation guide . And if you’d like to learn more about Discourse themes, take a look at this guide .

Suggestions on how the component can be improved are welcome. I can’t promise I’ll be able to add the feature, or make the change, but it will certainly be considered

Special thanks to @Simon_Cossar and @awesomerobot for the heavy inspiration their prior work provided in creating this.

After bumping the defined sizes manually just slightly in the markup, the headline-image-expansion feature works flawlessly – [at least with] images [that] are actually large enough (> 690px wide).

after the respective image had been uploaded beforehand as

This is cute and makes us happy. 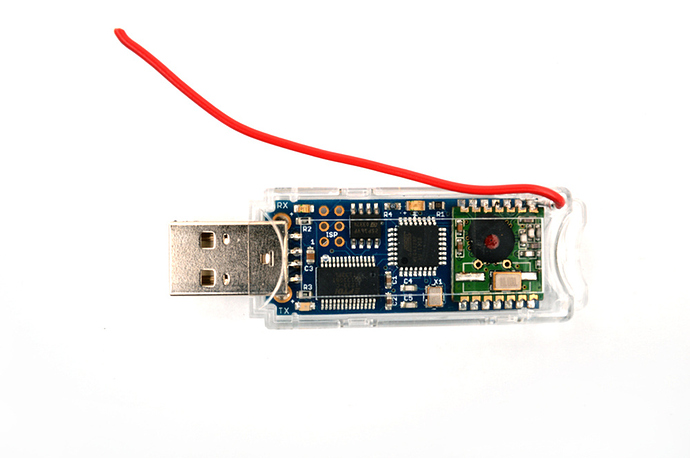 Hello, and thank you very much for dedicating the time to create this and release it for free.

I was just wondering if it would be at all possible to change this somehow to use a specific tag instead of a particular category?

I just setup a new discourse website but I’ve been writing a lot of “blog posts” but I would still like these to show up in the appropriate other categories in order to make it seem a little more integrated.

Currently I have been posting them in their own blog-posts category, which I limited to just me being able to post in there, but I just setup a tag group and made that only accessible to staff.

Thanks very much @tshenry. Your theme components have all been spot on.And to @sam and @codinghorror for sharing an incredible app!! Your generosity including the support in meta is heartfelt. Discourse is indeed made for the more caring internet of the future.

Is there a way to make this work with a video as the featured content rather than the image? I would delete my wordpress site if I could just post the YouTube/Vimeo etc. and have that be the top content. Any ideas?

Totally! Great suggestion @LoganRTW. It’s got my vote @tshenry. Can it be done?

If you can believe it

I have started refactoring/cleaning up the component to use the plugin-style file structure and make use of the new topic thumbnails.

FEATURE: Include optimized thumbnails for topics

I still want to continue refactoring and cleaning up the code, but this should be a good start.

It would be cool to add schema.org markup for this type of topic. There is in the plans?

No plans at this point, I’m afraid!

Thank you for a really inspiring and nice component @tshenry

In my evaluation I have identified two issues;

Thanks so much for the feedback @torstensson! Both points were indeed bugs and should now be fixed:

Please let me know if you continue to have any issues.

To everyone using this component:

If you are not currently including a featured image at the top of all blog posts, this is for you!

This component was created with the intention of having an image display above every blog post topic. With that said, it was possible to create a blog post without displaying a featured image by simply not including an image on the first line of the post. This behavior has changed.

The newer implementation greatly improves performance, but it uses a predefined value rather than looking at the post contents itself. The predefined value is generated from the first image found in the post. Unlike before, it is not necessarily limited to an image appearing as the first line of the post. This means if you create a post without an image on the first line, but you include a single image at the bottom of the post, that image at the bottom will now also be displayed above the topic.

I have included an all-or-nothing setting that can toggle on/off the “featured image,” allowing you to have all of the styling except for the featured image if that is your preference.

I am going to update the OP with all of the new considerations and recommendations, but the short of it is to make sure to include an image on the first line of the post (this positioning is still used to make sure the image is not repeated). You may find it is helpful to use a placeholder image in the category’s topic template that can be used as a default if no image is provided.

Thanks so much for the feedback @torstensson! Both points were indeed bugs and should now be fixed. Please let me know if you continue to have any issues.

and again - thank you for a really great component, not only in function but inspiration as well

A recently announced feature may work as an alternative to this theme-component. Leaving it here for those interested.

Page Publishing Page Publishing allows Staff/Admin users the ability to convert a topic into a static standalone page with support for custom styling. This is similar to the pattern in use for Terms of Service or the Privacy Policy pages. Note that published pages will respect the visibility rules of the associated topic. Enable Page Publishing Activate enable page publishing under Admin > Settings [image] Publish a Topic On the first post of a public topic, hitting the ... menu (1) will r…

@tshenry Thanks so much for this component!

We are using it along side the Topic List Previews plugin to create an Articles section for students in the Dataquest Community.

I have a feature request for you to consider in future iterations of this component - Can you please add the ability to add Canonical URLs to the articles?

Search engines use canonical links to determine and prioritize the ultimate source of content, removing confusion when there are multiple copies of the same document in different locations.