A 2.7.9 discourse instance has a zero entropy set to allow duplicate topics.

And it works fine when two topics are created via email even though the incoming email is 100% identical. However, when there are three identical topics in the same email batch, the third one is rejected.

Here is an example of what shows in the Received tab of the mail admin panel:

The last mail shows in black, which indicates it was rejected. And when looking at the Rejected tab, it is indeed:

Any idea about the reason for this unexpected behavior?

I tried on another 2.7.9 forum and was not able to reproduce this behaviour. I was able to successfully submit multiple batches of three duplicates. I’ll keep digging and report progress. 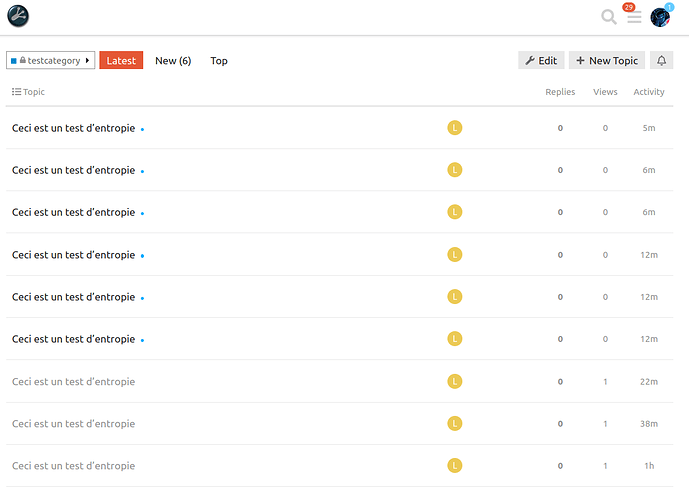 The difference lies in the unique posts mins (which won’t show when looking for limit or rate unfortunately).