CAPITOL in leading word in title is humanizes incorrectly

When I create a post with a title like ‘NASA’ it humanizes it to ‘Nasa’ and won’t let me change it (editing it to ‘NASA’ still reverts it to the humanized form).

This seems to only happen when I reduce the number of required characters for a title in Settings.

Pretty sure this is due to the enabled-by-default site setting title prettify which incorectly assumes it knows better than you what NASA is.

Did you try to disable it and see if it still changes?

Thanks for the quick reply. When I remove the prettify setting for the title I get this error. I also lowered the title entropy to 3, but the error persists.

I re-enabled prettify (with the title length and entropy set to 3) and it posts, but changes the title to Nasa

Unfortunately Topic titles are required to have at least one lowercase letter. There does not appear to be a way to disable this requirement.

When I remove the prettify setting for the title I get this error.

Unfortunately, the error message once again isn’t helpful in determining why your post isn’t allowed. Apparently this confusion is intended & by design:

Are very long words not allowed in topic titles? bug

That is not really the intent of this feature. We view it as anti-griefing, and telling griefers how to bypass filters is like Google telling spammers exactly what they didn’t like about their emails.

What the OP is referring to is the first word of the title, I am pretty sure. And there’s an existing topic on this. So

NASA is the best!

Will get converted to “Nasa”, which is kind of a bug.

What is the exact title here?

The title is actually ‘NASA’

yeah, then you’re falling into the rule i mentioned earlier where all caps topic titles are not allowed.

the first word of the title,

Would making it not be the first “word” be acceptable? eg,

AFAIK it would be nigh impossible to have script make a distinction between YELLING and a valid acronym without relying on a dictionary of some sort.

I imagine code could be written that would allow Admins to whitelist acronyms, but is this a common enough problem that efforts to do so would have a reasonable ROI ?

Would making it not be the first “word” be acceptable? eg, - NASA …

Or maybe spell it out?

That could get for some potentially rather long titles.

The description for the “title prettify” setting is:

Surely if it is disabled then one should be free to write all caps titles as they please? Seems a bit inconsistent that it still attempts to “prettify” it even if you disable this setting.

The title is actually ‘NASA’

That is a terrible title for a topic, surely better can be done

Not that my use case is common, but this can prove to be difficult when trying to use game titles for topics. XCOM for example is not allowed.

I personally would prefer disabling that setting to fully disable it, but it’s not a major concern for me.

Not that my use case is common, but this can prove to be difficult when trying to use game titles for topics. XCOM for example is not allowed.

We had that exact problem with this particular example, and many others. It actually caused some frustration among users, who don’t like Discourse telling them how things should be!

I personally would prefer disabling that setting to fully disable it

it should be totally disablable … the fact it is not is a bug.

A bit late to the discussion, but we have topics starting with CSS, HTML, FLEXBOX (dunno why that should be all-caps, but still…) without a problem. Unfortunately, I don’t know what our site settings are. @cpradio - do you know? 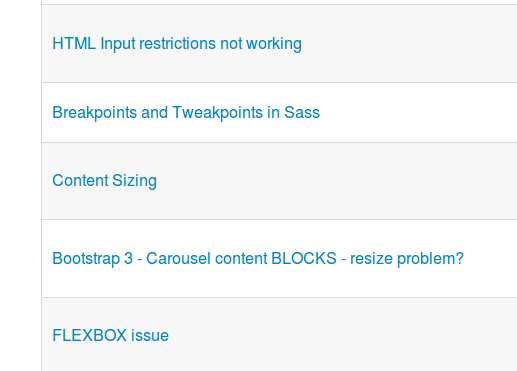