Dynamic of community with a chat and discourse page

Has anyone started building a community from the ground up and used both chat and discourse as primary uses for the users?

I want to build a community that uses a chat like gitter/telegram to have correlated channels and categories. The chat is obviously better for some issues while the forum is better for others.

Doesn’t strictly answer your question on the community side of things, but just in case you haven’t seen it yet - you can get Discourse to send notifications to various chat systems using this plugin:

Summary: Integrate your chat system of choice with Discourse

Install: Follow the plugin installation guide. Features Continuing from Common event system for chatrooms discourse-chat-integration is the product of my Google Summer of Code project with Discourse. It allows sending notifications about new Discourse posts to ‘group chats’ on a number of instant messaging platforms. It is based on, and aims to…

Thanks I saw this and have it in my plans.

I think gitter is the best chat platform out there, but the issue is it only has github or twitter authentication and my users arent actual developers.

I’m modeling my community off of freecodecamp so I’ve been thinking about seeing if I can get my users to authetnicate with github somehow or another platform. 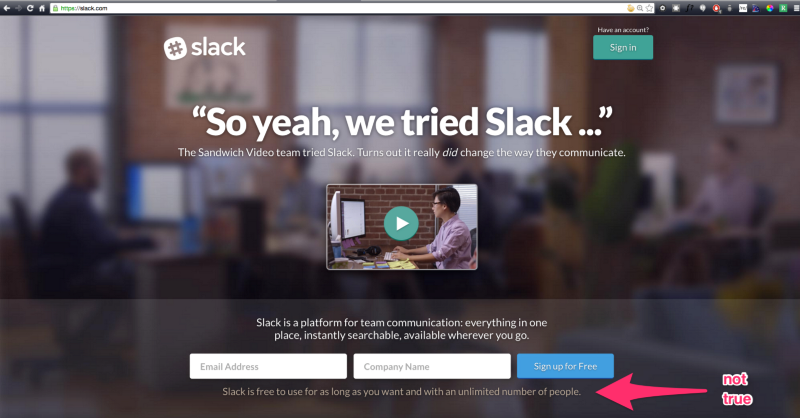 So Yeah We Tried Slack… and We Deeply Regretted It

by freeCodeCamp So Yeah We Tried Slack… and We Deeply Regretted It Back in April, all was well with our community of busy adults learning to code. We were communicating using Gitter.im [http://gitter.im/], a GitHub based chatroom system. And yet...

Was also wondering if there are signature features/plugins for discourse?

Not exactly an answer to your question either, but I can say that, in building my community from the ground up, I consciously chose not to have a chat channel, at least in the beginning.

I am going to be competing with another site that appears to be using an outdated and ugly looking wordpress forum. They have been the primary online community for a while but the user experience is so bad, which is why I ifirst thought a live chat would be helpful, then to find discourse.

It will be somewhat tough becuase I am competing with reddit, and this site.

but the user experience is so bad

Don’t assume, however, that a bad user experience is a convincing reason for veteran users to switch to a better platform. I asked recently about the chances of a forum running on vbulletin migrating to discourse. I did not expect that people would be excited from the start, but that a discussion about the pros and cons would ensue. - The discussion was over before it even started:

At least they didn’t close the topic

Interesting. Thanks for sharing. I would definitely have to have a whole plan to bring over existing users and and get new users. The community I would try to create would essentially be a competitor of the old forum

Once people pass this exam, which is why people go on the forum in the first place, they usually never go on it again. So while its certainly a challenge, it isnt impossible because the dynamics of all forums are different.

When I type of a plan, I will share it with you