Hi guys, I’m new to building a community with Discourse and was told to update the latest Discourse version in SSH. I’ve checked and followed the instruction at How do I manually update Discourse and Docker image to latest?.

But when I execute

it says my container/.yml doesn’t exist 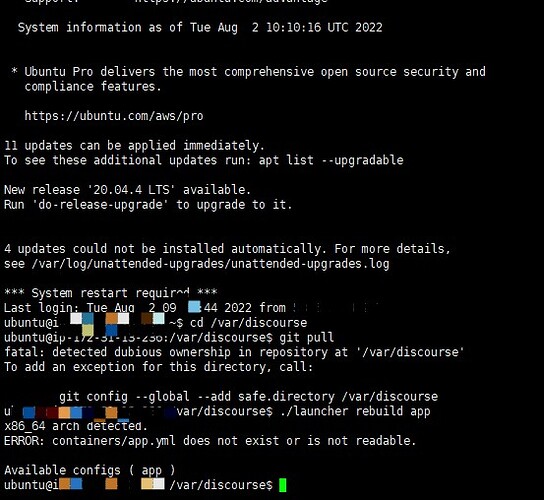 Any suggestions will be appreciate!

Did you follow the standard install or some other method to create your Discourse instance? There’s a chance your app.yml is called something else (eg. if you have a two-container set-up).

Hi @JammyDodger
Yeah, I did follow the standard install.
when I do

It says this and it looks like somehow I got two containers. 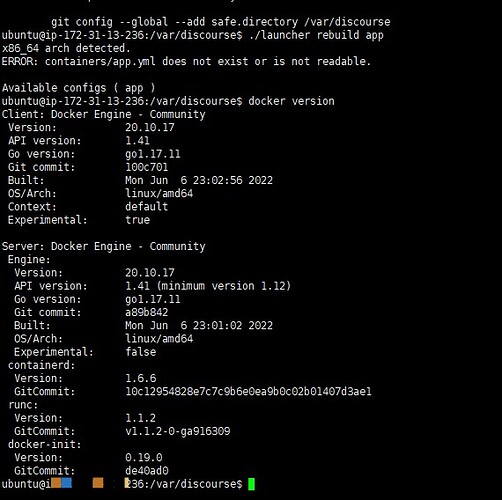 You need to run as user root.

Before the cd command

@pfaffman Yeah, you’re right, and thank you so much, Jay!