I dislike the new mobile topic header behavior in 2.2.0.beta5

This current behavior makes me so angry every time I use a Discourse instance.

I suggest you stop using Discourse altogether then, because this is going to be the new default. I am sympathetic to the argument that when notifications arrive we should force the notifications version of the header on top, though.

With the new swipe left for hamburger, swipe right for notifs on meta it’s perfect. The access to notifications was the only downside, but with the latest modifications, it’s fine

Isn’t that true for your point too though? Whether or not something should be a setting vs an edict is also matter of opinion, not some objective truth.

Despite the pain, it may actually be better in the long term to retrain Discourse users to not expect notifications to be visible everywhere and all the time, vs allowing them an option to opt-out of this change in ux direction.

In this regard, providing an option might even be a bad thing, depending on Discourse’s goals.

With all that said:

I am sympathetic to the argument that when notifications arrive we should force the notifications version of the header on top, though.

This sounds like the best of both worlds; updates when they happen, but otherwise out of your way.

The best idea is to “rez in” the other header at the time notifications arrive.

Yup. One nice thing about the new header is that it provides context and “silence”. Having notification flashes would definitely become distracting. I’m happy with less distraction.

But the experience on mobile is quite different from the desktop:

As I was testing all this I discovered:

Maybe tapping the header itself (AKA missing the target) should expand the header to include the menus and/or expand the tapping area (with padding?) around topic title and category name? Tapping the top-right area which is always blank might reveal the menus as well.

Still missing the one-gesture to search though… (Long pressing that area to show search and activate keyboard?), or even better:

A feature that involves tapping a blank space would be super odd, we should definitely not do that. Long taps (similar to left/right swipes) are already dedicated to browser features on iOS, so that’s out too.

I am sympathetic to the argument that when notifications arrive we should force the notifications version of the header on top, though.

Switching the header back when a notification comes in is probably the best option here (aside from not changing anything), but we just have to be careful to avoid having it flash in too frequently.

I would be ok with this.

I’ve noticed that after following a notification on mobile, scrolling up does not make the menu appear again until you’ve scrolled up a fair distance, or until you scroll down then up again.

This breaks the flow of ‘check notification’ - ‘read’ - ‘go to the next one’.

I suggest you stop using Discourse altogether then, because this is going to be the new default. I am sympathetic to the argument that when notifications arrive we should force the notifications version of the header on top, though.

I’m sympathetic to people who want to be able to tell when a notification exists at a glance, but causing a fifth of your screen to change when you receive one is not acceptable.

Look, you may want to browse a certain “distraction free” way, and if that’s your thing, great. I happen like my social elements being easily and always visible, thank you very much.

@ficuswhisperer I’ve seen you phrase this request as something for yourself a couple of times.
Is this a personal request, or something that’s come from your community such that it has enough volume to necessitate addressing it?

Also, not to add to the list of things here… But I wonder if an end (bottom) of topic notification area could work? Something for a UX person to chime in on maybe.

I think the header changing when you have notifications would be even more distracting, no?

I’ve seen you phrase this request as something for yourself a couple of times.

Not sure why it matters, but I’m speaking for myself as a passionate user and I hope that I never said anything to indicate otherwise. That said there’s been forum admins in here also stating the same complaint.

I think the header changing when you have notifications would be even more distracting, no?

It would be less distracting than having to scroll backwards through a thread at that I’m reading - and to make sure it’s done at a specific velocity otherwise it doesn’t register - until the top bar changes to check if I have any notifications.

Not sure why it matters, but I’m speaking for myself as a passionate user and I hope that I never said anything to indicate otherwise. That said there’s been forum admins in here also stating the same complaint.

I think it matters in terms of weighing the effort to change it vs impact it will have.

I feel like this suggestion is the simplest resolution to all of the concerns raised so far, but it seems like it’s not being considered:

I think this is another great reason to follow Toast’s suggestion and flip the functionality so it shows the thread title when you scroll up and shows the normal one when you scroll down…if it worked like that I just might leave it on.

That… would be an undesirable behavior? I don’t see that as a valid proposal. I see it as passive-aggressively asserting that the old header is “more important” than the actual topic header, which I vehemently disagree with.

Again, I am sympathetic to the argument that it makes sense to flip the headers around in a “just in time” manner when a notification arrives.

I see it as passive-aggressively asserting…

Please give me a little more credit than that.

I have wanted this feature for some time and still do: (per https://meta.discourse.org/t/show-topic-title-in-mobile-theme/13855). I’m still in favor of what exists today vs. what we had before.

As you’ve now made it clear that the suggestion has at least been heard, I don’t feel the need to advocate for it any more strongly.

I was just concerned that it had been overlooked.

Please give me a little more credit than that.

I just feel like the amount of grounded axe here has reached peak so tempers are getting high. 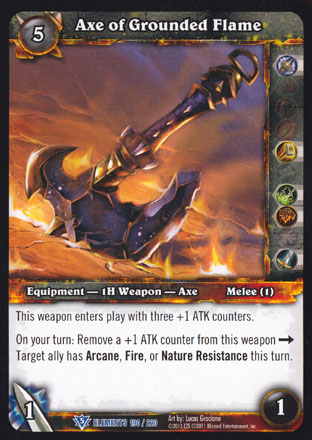 My plan remains… make a theme component you can use to “tweak per user as you see fit” if sites want to experiment with this then … go for it… I am not convinced I want to change any core behavior now.

I think we should do this one, it makes the most sense, and addresses the core complaint “I can’t see my notifications!”

I didn’t sense tempers flaring at all

Think this may be my first actual post here despite having read for a while now. Our community just got this change today and my initial reaction (and that of some other users) is very similar to the OP here.

I appreciate that changes like this don’t just come out of nowhere but I perhaps simply don’t understand what the issue at hand that lead to this change was?

And I don’t ask that in the expectation that anyone will/should explain themselves to me. Discourse is miles ahead of any other forum software I’ve ever used and I appreciate it’s a living, breathing, changing thing. I just don’t like this one and I think I should say that.

Unpopular opinion but I like seeing the title of the topic I’m reading. As other posters said it’s easy to scroll up for the other header.

In theory you could allow admins to choose which header as a setting but that sounds like it could make the ui code a bit harder to maintain.