I think it could be great to be able to link an Discourse install with a Twitter account.

We could use it to:

This already happens, in fact you have to set up Twitter logins to get Twitter to embed at all… however, official Twitter embeds of variable size (height) cause huge problems in our rendering strategy within topics.

@techapj implemented this but it caused wild fluctuations in page rendering when a big, tall (but unknown in height until actually rendered) Twitter “official” embed appeared on the page. Like with, say, an image in it. 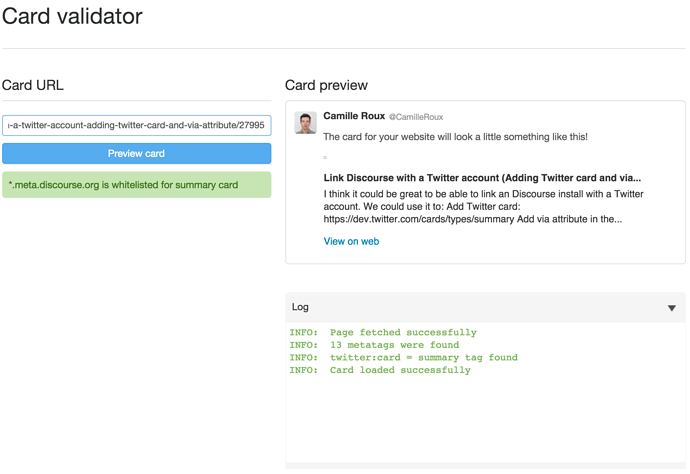 Did this go anywhere? My use case: a reader appreciates a post I’ve written. They want to share it out on Twitter using the built-in Discourse link-share feature. That feature defaults the content of the tweet to Title and URL. If my Twitter handle was part of my Discourse profile then the default text could also include ‘via @myaccount’ and I would get a notice in Twitter and I could, in turn, retweet and that might drive more readers back into the Discourse.

Hey David, it is a good idea but I don’t think I was the original poster. Good luck in pursuing.