It can be improved in several ways:

You can do at least the first two with CSS. Go for it! 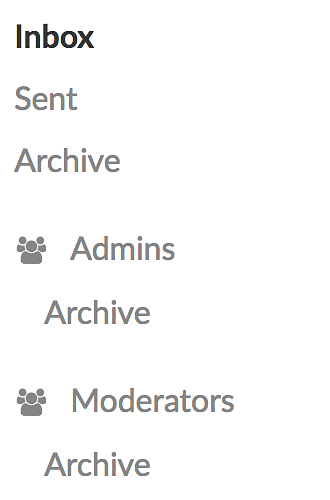 I did this by sight. It looks OK, though it’s still not great.

I would like the following feature as well, though:

Use the full names of groups instead of their usernames. (This is a preference, but it would be logical to follow the dictates of the “name over username” setting.)

In general, group’s full names are not used consistently throughout the app. I just tested it and there’s also an issue when adding a user to a message. I can search for regular users by their full name, but for groups I have to mention them by their (occasionally cryptic, in our case) usernames.

Nice, why don’t you submit that as a PR for everyone?

Do you mean the CSS or the feature request? If the former, it didn’t occur to me to do a PR for such a small change. I’m not able to develop the latter.

Do you mean the CSS or the feature request?

The CSS - it is certainly not too small. We appreciate all PRs, regardless of their scale.

OK. I’ll take a look in the next few days. I haven’t tried to do a PR on a big project such as this, but I’d like to contribute more to Discourse, even in such a minute way.