After updating my Discourse install, the hamburger menu, as well as other UX features appear hidden. They are not totally hidden, though. They are merely not visible because upon pressing where the hamburger menu button is usually located, the area lights up with a different color (see attached image), and the menu appears as it should. This happens with many other buttons as well. 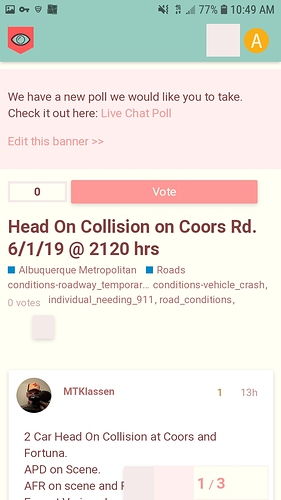 That sounds like it’s likely a plugin/theme issue. Does it happen in safe mode?

Yes, I believe that is the case. I am just not sure why.

Thank you both. the problem is now solved. It turns out that out of precaution I only upgraded discourse, but not the plugins that called for upgrades. Once I upgraded the plugins as well, the problem resolved itself. Last time I upgraded everything, my site was broken for a couple days while I tried to figure out which plugin was the problem (amid all my other projects). It is always a difficult decision as to how best to proceed with upgrades.