As of sometime in late September, I’m seeing this banner appearing all the time:

When the banner appears, there apparently are some new messages, but for some reason they don’t trigger a number next to the appropriate forum category (some do, some don’t. It’s weird). If I click on the banner, it just clears the banner. If I click on ‘Latest,’ it shows me the Latest list, and there are indeed new messages there. But they are in forum sections that aren’t muted or hidden, so why are they triggering the banner, rather than a count number next to the section title? 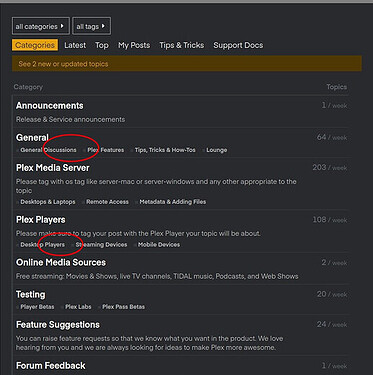 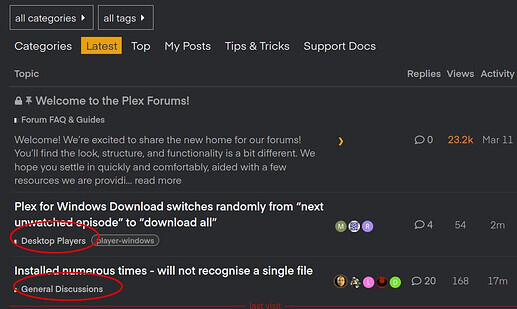 I have accounts on 6 other Discourse-powered forums. I’ve seen the same thing on a couple of them (Duplicati and Postman). None of them are as active as Plex, so I may just not have given them enough time. There are no muted categories on those pages. I have muted categories on Plex, but, as I said, this is happening for messages in unmuted categories.

Is this a known problem? It’s very distracting.

1 Like
See # new or updated topics link is not working