At a minimum I cut out some of the negative reactions which I feel can be a bit dangerous on a public community.

is intended). There is a Discord community for a video game that I play, which I was in. They had a “yes” and “no” emoji that were made themed to the game. I feel that those emojis were made fairly innocuously, but it can be surprising that it can kind of have a dangerous effect.

There are multitudes of cases where a community manager post messages and there are more than 10, or so, “yes” reactions to it, 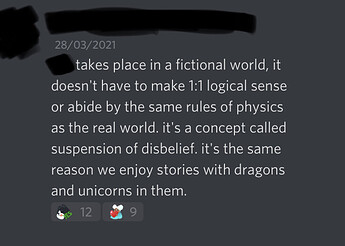 image724×518 54.6 KB
(I blocked out usernames, the name of the game and developer company, though it is a public community)

unfortunately it kind of reinforces an already occurring problem in the community where some groups are ultra-defensive about the game and the dev’s decisions, and other people pile up “no” on things that they don’t agree with. 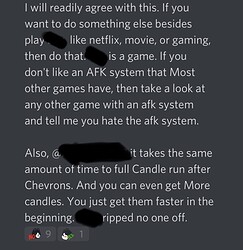 But yeah I was wondering if it might be worthwhile perhaps to add a note on the plugin page — to consider carefully, before adding negative reactions (or agreeing-type reactions, in general) as they can really change the dynamic of a community.

(This Discord community had those emotes within a few months of going live, and it’s been almost 2 years, and yeah the use of “yes” has become pretty standard)

And I don’t use Facebook or Messenger, by the way, so I did not know this:

It’s working the same way as on Facebook’s mobile app. Thus, I assume >90% can grasp the concept pretty fast. They will see more is possible by the reaction icons displayed for the post.

It doesn’t work the same way as Facebook, as it happens. I described it in my own reply to Terrapop’s message. But the way it does work there is very “Facebook” (different actions depending on whether you’re looking at a post or a timeline) so not easy to emulate anyway.

I am afraid I had to remove reactions today, we noticed an error on meta

A lot is in flux in the plugin this week.