This is very confusing and made a few users very cross with our team and eventually left the discussion board never returned.

While the system can certainly make mistakes, and this would be forgivable, it is a very rare situation when the community itself is wrong about whether a post is spam or not.

So, if a post is marked as Spam by the system, the PM should NOT say “hidden by community flags” because it is not. It was not the community who flagged the post.

Even worse, it pushes further in the message body: it says something like “community thinks you made a spammy post”. After this, a newcomer who just posted a few links in their first topic will never ever love the community - because of this unfair misjudgment made by it.

I received PMs full of disappointment from such misjudged authors; even after apologizing publicly and making it clear there was a mistake, they never returned back to us. They were so unhappy that they went to the competitor forum and wrote about this.

The titles should vary depending on the real reason behind a flagging action.
Makes any sense?

Go to Admin, Customize, Text and make it say whatever you think it should say.

the proposal here is to make it dependent on the reason that caused the spamming and PMing. To at least distinguish 2 different cases:

Does it need to distinguish the case?

That is, would not something more “generic” be OK?

Admittedly, not the best copy, but hopefully you get the idea of it.

Your point is that “people hate you” and “a robot mistook your valuable message for spam due to reasons unknown” are very different messages. Right?

Your point is that “people hate you” and “a robot mistook your valuable message for spam due to reasons unknown” are very different messages. Right?

Right. I still would like to customize individual subject and message for these two various reasons of hiding someone’s post.

I think that makes sense.

Until that’s possible you can write something that laments the fact that you can’t tell what the problem is or how spammers continue to ruin the world for everyone.

I would say that it should differentiate between three things:
-Hidden by the system for whatever reasons.
-Hidden by enough users to automatically hide it.
-Hidden by moderator after at least one user flagged it…

On our forum the last one is by far the most common, but the others happen occasionally. And there have been cases where the community have managed to hide a post that the moderators wouldn’t have hidden, and we’ve had to tell the flagged people that “we don’t hate you and have no problem with your post, but the community does”.

(I know this topic is somewhat old)

Another thought that’s somewhat related to this would be to also have different messages based on what kind of flags the post was hidden for, along the lines of:

This post was flagged by the community as inappropriate/ off-topic/ spam and is temporarily hidden.

This is something that I’ve heard multiple users wanting, and I would have liked it myself too, if I wasn’t an admin and able to see the flags anyway.

That runs into problems when the reports are heterogenous - e.g. a different person reported the post as each of the three types; what do you show?

As long as it says “flagged by the community” without specifying the flag type I think the way it is now suffices.

when the reports are heterogenous

In those cases it should take the approach that is taken with the messages that are sent out to the users whose posts are hidden.

I think the way it is now suffices

I agree that the current version suffices, but that doesn’t mean that this wouldn’t be nice to have.

Just today we had a topic where a few posts were hidden as off-topic. People saw it, and started asking why the posts were hidden.
This is not the first time it has happened, but in most of the previous cases the confused people were nice enough to reach out to me in a message to ask instead of asking in the topic itself.

The current version creates unnecessary confusion. Granted, I have no idea how hard it is to implement the change I am proposing, but some of it should already be there in the messages that are sent out to the flagged user.

This post was flagged by the community as inappropriate/ off-topic/ spam/ for moderator attention and is temporarily hidden.

shown on a hidden post would remove any confusion.

That might shame the person whose post it is, so I oppose such a change. Knowing that it was flagged by the community should suffice, and is completely accurate.

If you wish to change this copy in your instance, for your site, to whatever words you think make sense, feel free to: visit Admin, Customize, Text and you can change literally any text on any page to whatever text you like.

Note: The original issue is for the case when the private message sent to the post author does not correspond to the real situation. I.e. “your post was hidden by community flags”, but there were actually zero community flags. It was auto-detection. I still don’t understand why the same text is used for two different cases: community flags and auto-detection

I see no reason to not simply remove “by the community”. The fact that it was flagged should be enough, without needing to know if is was flagged by community or system,

The original issue is about the PM the user gets, but the more I think about it @meglio the less convinced I am I even want a PR here.

If the issue you have is that you don’t want to scare users cause:

Why not just lie and say “Your post was hidden by robot” always? That is less scary and the white lie matters nothing to the end user.

I am with @Mittineague

“Your post was hidden due to flags” or something along those lines is fine, I can get behind removing the word community. But this is pretty minor.

The “real why” only needs to be known to moderators.

I am closing this discussion for now, I feel it is just getting too distracting.

Why not just lie and say “Your post was hidden by robot” always? That is less scary and the white lie matters nothing to the end user.

That means the community doesn’t get a sense that their flags do anything, so again, I would be strongly opposed to such a change.

What point is there of having a community watch, if you have no evidence that the community watch ever has any effect? Why flag a post when you’ve never seen flags accomplish anything … maybe it’s just generic robots? Maybe the mods do it for us? Maybe we don’t need to flag at all, perhaps it is all automagically done in the background using 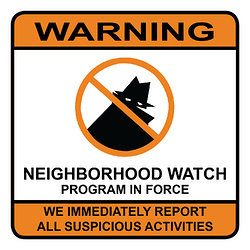 I find this whole topic incredibly frustrating because as I have said repeatedly, EDIT THE COPY ON YOUR DISCOURSE TO HAVE IT SAY EXACTLY WHAT YOU WANT.

If you cannot or will not do that, please open a new topic explaining exactly what is stopping you from doing so? Are you unable to find the Admin, Customize, Text area of Discourse? Is your keyboard or web browser not functional in some way? Help us … help you.

Sorry I was not clear in my reply, this was a suggestion directly to @meglio not to the broader Discourse user base.

I propose we change nothing. I get the nit pick about, why are we saying “community” when “community” is not involved in the copy, but I completely defer to you on the copy there and think that default of erring towards

I also object to having two different localization keys or even the option for 2 different messages. As a discourse admin you can make your call here and you should pick one side.