Hey guys - recently moved hosts with my site by making a backup and restoring it - it appears to have broken all the images in topics on the sites though, Any easy way to fix that? Unsure if it’s a plugin thing since we moved to digital ocean, or a URL thing changing… Or maybe the images just aren’t contained in the backup?

EDIT: here’s an example - broken in the thread, but if I go to edit their post it loads in the preview… so weird. 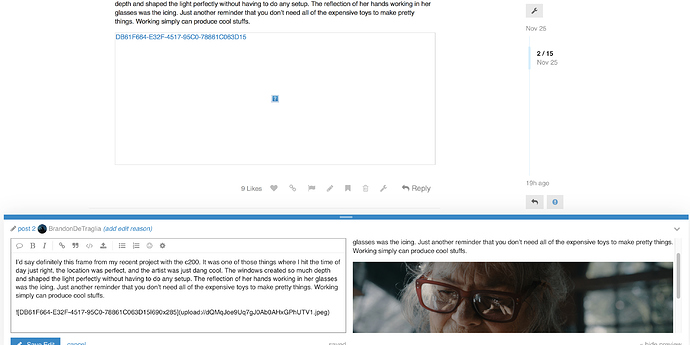 If that works it is also possible to rebake all posts as needed.

Right. A rebake was all that was needed.

Thanks Jay! Appreciate the help.