Continuing the discussion from Facebook Groups - Zuck is coming for us:

I’m wondering whether the discourse team has any plans or visions regarding ways how users can combine multiple discourse instances into a single newsfeed?

I take it that this is not going to be a priority any time soon, but I really like this idea of linking different discourse instances. So here is a more specific feature suggestion: multi-forum topics.

Not sure if and how this could be implemented, but the idea would be that users could request a topic to be shared by another discourse forum, i.e. that the topic would be shown in both forums and members of either community can reply to it.

Use case: @HAWK asked the same question on the feverbee forum and here:

What would you like to see on your Discourse 2.0 Admin Dashboard? community

I’m working on a redesign of the Admin Dashboard (found at /admin). It currently displays a lot of data but I believe we could do a better job at providing the right kind of data. i.e. the things the community builders need to know at a glance to monitor health & growth and to diagnose problems. What features would be included in your oh-my-god-this-is-the-best-community-dashboard-ever dashboard? What info do you want to get at a glance?

And this topic of mine would probably also be suitable for both these fora:

My forum is currently a public forum with one category (apart from staff and lounge) limited to a specific group. But I have a feeling that in order to encourage more posts from my users, it might be a good idea to give users the possibility to post semi-publicly, i.e. limited to logged in users. My idea is to do this by creating a semi-public sub-category for at least some of the categories. But I’m not entirely sure where this might lead us and whether it’s really a good idea. So before I pro…

5 Likes
Facebook Groups - Zuck is coming for us
What would it take to replace Facebook with Discourse?
Discourse linkback between different discourse instances
How to seperate the "drive by" topics from the "deeper" discussions?
joffreyjaffeux (Joffrey Jaffeux) August 5, 2017, 5:02pm #2

I’m curious, can you explain what problem it solves? I don’t see where the use case is explained in What would you like to see on your Discourse 2.0 Admin Dashboard?

What I meant was that the two topics I quoted are suitable for discussion on both feverbee and meta. Currently, these discussions have to be separate (apart from cross-referencing) and if I want to respond to someone on the other forum, I have to sign up there too, even though I may not be interested in the forum otherwise. Multi-forum topics would make those kinds of discussions across communities much easier and better.

Also, from the broader perspective of improving discussions on the internet, such topics would be valuable because they build bridges between communities (or should I say “discussion bubbles”?). I could go on about how this is where innovative ideas are created through synergies and cross-fertilization, but I’ll spare you that part so as not to make this idea seem bigger than it is.

Cross-forum topics would be a small part of any discourse forum (except perhaps a few forums that specialize in cross-community discussions) and Many communities would not have any use for them, perhaps even see them as a threat to their communities sense of “owning” certain topics of discussion (and that’s okay), but I believe in those communities that use them, they would often be among the most valuable ones.

I’m interested in this. I was about to launch a new one in the same market as my current one but more niche. I was going to use xenforo for that one but if this was possible Id use this instead.

For me internet is built on one simple principle: links. One forum should just agree to discuss this subject on another discourse instance -> “Closed topic: follow discussion at http://xxx” If they can’t agree on this I don’t see them agree on any of the things I will explain later.

This proposal is raising tons of questions which won’t have any easy answer. What if different communities have different moderation rules (who decides if this post should be deleted?) ? what if one user is banned on one forum and not the other? What if both forums don’t update at the same time, it could be a nightmare for us to handle those cases… And I’m not talking about all the technical questions it raises as they could ultimately probably be solved but with much complexity.

I can see some value in the proposal, but as I see it, simply relying on internet principles and keeping it simple is a much better approach.

I was going to use xenforo

Are you implying that Xenforo has this feature?

As an aside: if your current forum is on discourse, why would you consider Xenforo? (Maybe something for #comparison)

No it doesn’t have this feature. But it has a lot of other features I like for my type of community. I’ve used vbulletin and xenforo before.

This isn’t as easy as xenforo or vb and doesn’t have some of the same security features I liked over there. For example I don’t want to read or know what my members are saying in PMs. And I when I delete a post or pm I want it completely deleted. Not just archived and non viewable.

The rss posting can be made from anywhere with full posts instead of an excerpt and link. I can message all the members anytime I like easier without needing a seperate service like mailchimp.

While the mobile site here is nice I notice a lack in my members activity without having push notifications. on xenforo a dev is selling a native app now for purchase and there’s always the options of tapatalk as well.

Push notifications are available on our hosting, this requires custom setup with Apple and Google to work.

My long-term goal is using Diaspora* to create a Federated Discourse Plugin which would by virtue of its mission as a social media server bring several options for sharing.

Features
Hashtags give you the freedom to label and follow your interests with ease. You can catch people’s attention by @mentioning them. Reshare posts you love so others can enjoy and comment on them too. And show your love for other people’s work by

Aspects
Diaspora* pioneered the concept of aspects, which means you can organize your contacts according to their role in your life. This means you can share something just with family members or work colleagues, knowing that no one you don’t want to will be able to see what you post.

Social Media Integration
Use diaspora* as your home base to post to your profiles on other major social services. This way your friends will still be able to keep in touch with what you’re up to, even if they’re not yet on Diaspora*. Diaspora* currently supports cross-posting to your Facebook, Twitter, and Tumblr accounts, with more to come.

Diaspora is based on three key values:
Decentralization
Instead of everyone’s data being held on huge central servers owned by a large organization, Diaspora* exists on independently run servers (“pods”) all over the world. You choose which pod to register with, and you can then connect seamlessly with the Diaspora* community worldwide.

Freedom
You can be whoever you want to be in Diaspora*. Unlike some networks, you don’t have to use your real identity. You can interact with people in whatever way you choose. The only limit is your imagination. Diaspora* is also Free Software, giving you liberty over how you use it.

Privacy
In Diaspora* you own your data. You don’t sign over rights to a corporation or other interest who could use it. In addition, you choose who sees what you share, using Aspects. With Diaspora*, your friends, your habits, and your content is your business … not ours!

Here is a related topic:

Is there a way to quote something that was said on a different Discourse instance? Site Feedback

Is there a way to quote something that was said on a different Discourse instance? I’m guessing no, but thought I’d ask. I know I can manually quote it, but I’d like Discourse to add the link arrows and have the expand functionality that it present in non manual quotes. I’ve tried searching but there’s a lot of noise when you search for anything involving quotes.

This would be a very helpful feature for me too. I run local forums for different postcode zones in London and I want to expand. Some topics will interest people in multiple postcode zones, and its a lot of work to cross-post to all forums.

There are several different potential solutions to this problem and I won’t prescribe one - but I’ll keenly watch this topic.

Necro-thread revival! I didn’t find any newer topics about this, which perhaps speaks to it not being that interesting to people, hence posting to this rather old discussion. But I also think that it may be the sort of feature that people don’t really think of/imagine, but once it existed, it might be more appreciated.

The reason I’m chiming in here is this subject has come up several times recently in various discussion circles I’m in. There is a modern resurgence of interest in collaborative knowledge building, discussion, and community, and an increasing desire to move away from Facebook. Facebook in particular is popular in part because it is a “one stop shop”, bringing together special interest groups around any number of subjects, each with their own private space, but able to be displayed in a single contiguous feed of posts, and interacted with easily, even to the point of using “tagging” to interlink them in a crude way.

One of the areas in which I am heavily active and encounter a lot of Discourse instances is in knowledge and work/task/project management tools and their associated communities. Many are software-specific, but most of these will often have more open areas for discussion about knowledge management more generally, for example. Obsidian’s Knowledge Management area is a good example: 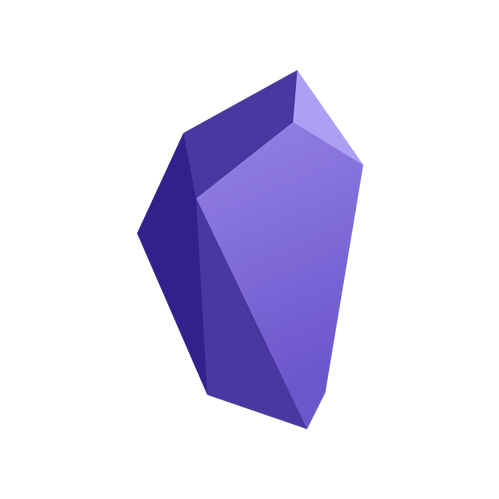 There is heavy overlap there with some topics in numerous other Discourse instances, for example discussions of Zettelkasten. So this is a really good example of a topic that would probably benefit from cross-Discourse topic linking. I can dig up a couple of example threads to show more specifically what I mean if anyone is interested.

I realize there are big technical challenges to this kind of capability in Discourse. But rather than talk about why it can’t happen, I’m curious to discuss and explore what would be possible today, with a not-overwhelming amount of work. And I think a lot of the questions and concerns already brought up here seem, to me, to be aimed at a very specific idea of how it might work (e.g. moderation concerns), which seems premature to me until we have a chance to discuss and mutually understand indeed how it might work.

Many theoretical concerns seem easily addressable and might not be an issue at all depending on how such a system actually functioned and was setup. For example each community moderates its own posts as normal, they just show links to each other and an indication somewhere when a new post is made in the other community’s thread (e.g. an expandable footer on the topic, which shows latest reply in remotely linked Discourse instances). If a post to another community violates this community’s rules, the link can be severed, or the indication of new “remote” posts muted but the link maintained if it is not as serious a concern. In short, let’s think what we can do instead of why we can’t.