He had told me about Discourse at a Microsoft MVP summit, and the rest is history.

@carlfranklin Ok but, if you have time, how did you convince people to move from FB to Discourse?
— “the rest is history” … but what is the history?

Did you for example make the FB group read-only? Disabled comments, like some people mentioned above?
Or you posted a message, like “FB is problematic because […] go here instead: …” ?

Well, Carl is famous within his area, so the crowd is going to follow him

@ codinghorror Ok, thanks for explaining :- )
(I live far away from the US so there’re lots of well-known people I don’t know about)

Maybe some kind of incentive could be created for people who visit a Discourse topic after seeing it on facebook?

This may be of interest for this topic:

Behind The Velvet Ropes Of Facebooks Private Groups

This is worth a quick read. Two interesting thoughts stuck out for me. First, the cyclical nature of a platform taking control of a large swathe of activity (e.g. Yahoo groups) and then finding itself inundated with banal groups and interactions. I...

No need to reiterate the benefits of discourse over Facebook groups, but one important benefit of fb over discourse is probably its ability to combine updates from various groups into a single newsfeed (and I’m not referring to the integration of social media with groups but to the combination of multiple groups). So I’m wondering whether the discourse team has any plans or visions regarding ways how users can combine multiple discourse instances into a single newsfeed?

The mobile app is one step in that direction, but obviously still very limited, not the least because notifications are only available for hosted instances.

Another possibility is relying on email notifications but that is hardly something discourse wants to encourage.

Finally, I assume there are possibilities with RSS feeds (which I have not explored yet), but that is arguably a bit nerdy and far from the fb UX.

Would it make sense (and is it feasible) to develop some kind of forum-to-forum interface that allows different communities to share notifications, for example, or to allow searching across communities, while maintaining the autonomy of each participating discourse instance?

It’s good to keep tabs on what FB is up to, but with Facebook trying to be all things to everybody, I think the quality both in terms of user experience is going to suffer.

I’m sure folks here know this already, but it bears repeating. You need to give folks a reason (or multiple reasons) to visit (and continue to visit) your community. The platform you choose is only a small part of that*. The big part is the content and the tone of conversations. The people. The discussions.
Your community\forums has to differentiate itself from the facebook experience in some way… In as many ways as possible. Be compelling. Show value.

Then that content has to be published on facebook, on your pages, in the groups etc etc. Highlight members, stories etc etc.

Focusing on quality of information and interaction for your (off facebook) community I think is the best way to go. That means that you probably won’t see mass user signups, but that’s not necessarily a bad thing.

*That said, appearance and UX is still important. There’s a base level that folks expect and they will bounce otherwise…

some kind of forum-to-forum interface

This made me think of the now old “hub” discussions

The original basic idea of the Discourse Hub have a reserved @username across all Discourse instances, so when someone sees @username on any Discourse forum, they’ll know it is (probably) you! … seems like kind of a bad idea in retrospect. Why? Well, if you run your own Discourse, and your name is @david, you probably want to be called @david, even if some other David reserved the name in Feburary 2013 here on meta. It is your community, after all, who are we to tell you that you can’t use y…

AFAIK, it never really took off and has been abandoned but it may be a starting point for those interested in developing some kind of inter-forum project.

This made me think of the now old “hub” discussions

Hm, I think what I had in mind is somewhat different. For me, the interesting challenge is not so much a unified login but an interface for different discourse instances to send notifications to each other or discuss the same topic or so. See also this:

Continuing the discussion from Facebook Groups - Zuck is coming for us: I take it that this is not going to be a priority any time soon, but I really like this idea of linking different discourse instances. So here is a more specific feature suggestion: multi-forum topics. Not sure if and how this could be implemented, but the idea would be that users could request a topic to be shared by another discourse forum, i.e. that the topic would be shown in both forums and members of either communi…

AFAIK, it never really took off and has been abandoned but it may be a starting point for those interested in developing some kind of inter-forum project.

We talked about this broad concept again while we were in India in September and concluded that it’s unlikely to happen. We looked at a few similar ideas and there didn’t seem to be a strong value prop.

Hi, just wanted to join discussing…
Facebook Groups offers now topic categorisations just like categories in discourse. To convince existing members of a Facebook group to go and use discourse is even more difficult. As one can say, hey why we need this, while we have all that already in fb groups

What would be on par with fb is as someone said one app, like Tapatalk but newer and better, with a functionality to subscribe to multiple discourse forums, manage your user accounts as aliases for main account (like @codinghorror mentioned for @David example) … and one BiG thing Push Notifications within app for all devices (iOS, Android)… Some brainstorming ideas of mine

Facebook is dominant because 90% of people are using it by smartphones with otifications etc… we have to take some portion of this percentage by offering a mobile, responsive solution…

What would be on par with fb is as someone said one app, like Tapatalk but newer and better, with a functionality to subscribe to multiple discourse forums, manage your user accounts as aliases for main account (like @codinghorror mentioned for @David example) … and one BiG thing Push Notifications within app for all devices (iOS, Android)… Some brainstorming ideas of mine 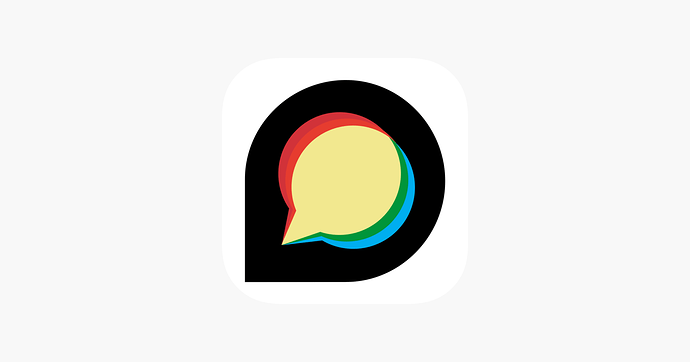 ‎Discourse is the 100% open source discussion platform built for the next decade of the Internet. It works as: - a mailing list - a discussion forum - a long-form chat room The application provides: - A central spot to view all notifications,...

Are app notifications available yet to non-hosted instances? It’s a big gap for the communities considering moving away from Facebook.

I’m aware that there’s a version of the app retooled for OneSignal, but as that’s not official and AFAIK aimed at a single site it’s quite limiting.

Facebook is the biggest Community atm I think, but it is getting more and more unpopular, at least in my country. Facebook is ad-infested, gives data away from users, and for sure other things I did not mention right now. So my opinion is, develop a platform across solution like mentioned from Rafael above, could be a very good aim on getting users to use discourse.

What we need is an app offered to everyone who hosts discourse on own servers. It won’t hurt discourse business model at all, and could open new source of revenue. How’s that? For example, You could make it as an application that would function like Discuss, where you develop infrastructure that will manage all other instances of apps for users aliases. Every user has his own aliases on particular forums and one real account id on discourse network. The app has an built in service like OneSignal’s, and that would be offered directly from discourse company and discourse would for example introduce tariff system based on thesize of your community base for monthly fees, starting from free tier. The app has optionally an unique way of displaying feeds from all aliases on one page within an app.

The Facebook UI is a crowded, noisy mess. (Test: where is FB Group search? You have 5 seconds ;)) Coming back to my Discourse instances is like breathing fresh country air in comparison.

But I agree, I’m facing significant competition for users. One’s that DO come over complain about there being ‘too many’ posters on the equivalent FB group and ‘how nice it is to have a smaller community’ …. nice problem to have? … ho hum …

I really hope Apple announces proper support for iOS Push Notifications from Web @ WWDC aka iOS 12 … it’s not like they are far off now.

(btw, here’s a great blog post on how far they’ve got with support for Progressive Web Apps)

The app works for every current discourse site when hosted on own servers. The only thing it lacks is push, hence my comment above. Notifications are the thing which keep pulling people back to Facebook, without them an app is easily forgotten.

If you’re ok with something a bit more like an SSB and OneSignal notifications then this already exists too.

Thanks @Stephen. Will check it out

I guess another issue is the low barrier for entry for an FB Group.

One of my instances is a residents community … there’s a parallel FB group and in one amusing turn of events, when a huge bit of bad vibe and argument was sparked on the initial FB group, someone started a rival FB group to accommodate all but the persona-non-grata. So there are now two FB groups covering the same scope … Of course with Discourse you have more active Moderation, which surely would have controlled this, hopefully, but I digress.

The point is you can set up an FB group very quickly & cheaply, whereas with Discourse you know the options - the solution is by far and away better, but it takes more work and/or money. A frustrating advantage they have in that respect.

Facebook is closed platform, it cannot be indexed… New people will not come from open web… You are not the owner of the content… People who don’t use fb cannot participate… Many reasons to use discourse are there