The forum is down after clicking on update! 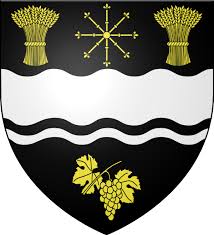 Since several hours, the site provides error 500 after receiving a mail for update and accept it.

The message says : it will work again later.
But when?
have I something to do?
Thank you for reply.

Recategorising from #bug to #support.

Hi Stephen,
It was the last update, 12 hours ago.
Now, it’s working again. @pfaffman did something and sent a mail.
But I 'm afraid to say that I Have no idea about what to do in a next future…

I suppose that I will not update discourse after this.
Thank you very much Stephen and thank you Jay.

I suppose that I will not update discourse after this.

Well, a surprising number of people do that, but it’s not what I’d recommend!

I had the exact same issue and followed advice from @pfaffman on this thread. All you need to do is logon to the server as root and do a pull and rebuild of the app and it will all be fixed:

Of course, the bigger question is why a few of us are having this exact same issue (including the hamburger not working and then the admin page giving a does not exist error) during upgrades when it has never happened before?

Same with my forum.

Please check out all the categories, with your URL: your-forum.com/categories, do you see all of these?

In my case, I see some. Not all of it. I’m investing why.

Hi guys!
I have upgraded and after that, it gives me a 504 Gateway Time-out error.
I did this, and it still doesn´t work.

Do you have any idea why it still not working?

I think you got your answer over here:

Oh looks like you tried to enable Subfolder support with Docker but the first block indentation got messed up. All you need to is to add two extra spaces at the beginning of lines 82, 83, 84 and 85. After that save the file and rebuild.