I’m sorry to inform that we have now received two separate reports on The issue is completely similar to the earlier issue. The keyboard works, but touching anywhere else on the screen is affected by the offset. It’s a regression.

They both have Android phones but the make and Android version differs. One has Samsung phone with Android 8.0, the other has a Huawei phone with Android 7.0. However, they both use Chrome 70.0.3538.80 which is the latest version.

This is certainly something that Android and Chrome developers must fix, but of course we at Discourse must be aware that the issue is present.

1 Like
Looking for some clarity on the Android Chrome touch offset issue
codinghorror (Jeff Atwood) November 7, 2018, 1:36am #2

Can you repro this @jomaxro or @falco?

I have not seen this reoccur, no. I also am not running Android 7 or 8 anymore, I’m already at 9. I’ll keep an eye out for this, and see if any of my old phones in the drawer run Nougat or Oreo.

A third reporter claims that he discovered a nice workaround. According to him, touching any button on the editor toolbar makes the problem go away. No need to reload the page, double-tapping the gearwheel button is enough.

It’s often diffcult to understand what they are telling when they report bugs. After discussing further, it appears that this bug doesn’t behave any differently than the earlier bug fixed by Android Chrome update 68. This appears to be a pure regression.

Edit. A Chrome regression, obviously! I must emphazise this it seems. I thought I made myself clear in the first post of this topic.

What the heck is Chrome Duet? 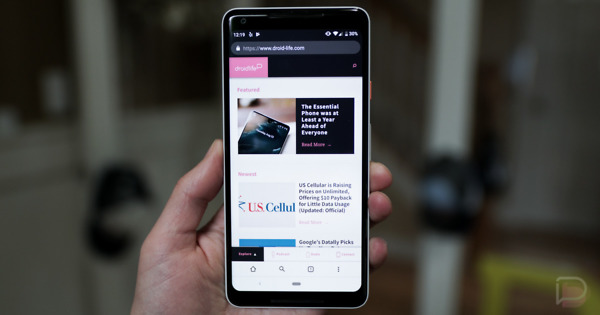 If You Miss Chrome Home, Turn on Chrome Duet in Chrome Beta

As Google pushed a feature called Chrome Home from Dev to Beta to stable throughout 2017, I really took to it. At first, the move of the address bar from the top of Chrome to the bottom was an awkward adjustment, but once used to the location, it...

This is not our bug @rizka, however much you might pray that it is. It ain’t.