discourse problem.PNG968×276 59.9 KB
When I run ./discourse-setup, I get this message. I have 39GB of space on my server so that shouldn’t be an issue. Also, I have Docker at version 19.03.1 so that shouldn’t be the problem. I have definitely downloaded the Discourse Docker image through Git and it is in /var/discourse.
pfaffman (Jay Pfaffman) August 8, 2019, 11:39pm #2

Either registry-1.docker.io is down or you have a networking problem.

You have cloned the Discourse repository from Github into /var/docker. When the setup script runs it will try to download the base docker image from Docker Hub.

It is the second part that is failing. As @pfaffman says, that’s either because (1) the docker hub was unavailable at the time or (2) your server networking has a problem. 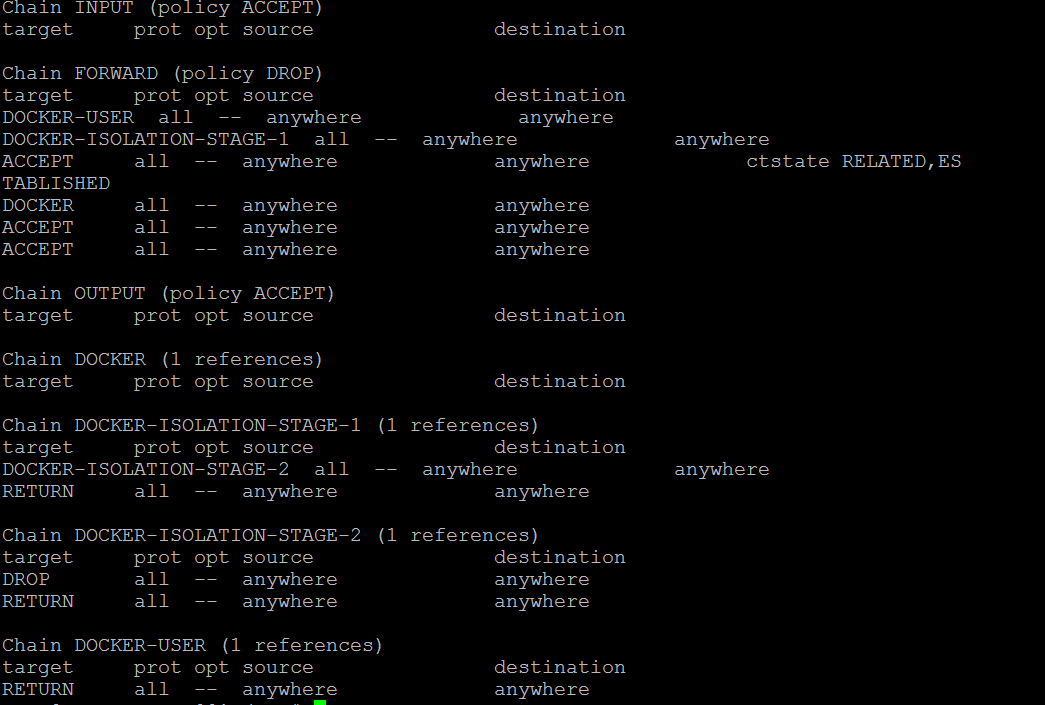 iptables.PNG1045×705 20.9 KB
Thank you both for the quick responses. This is what I see when I do iptables -L, is the Chain FORWARD (policy DROP) potentially causing the networking issue? Apologies, I am not too familiar with networking and firewalls.