Continuing the discussion from Babble - A Chat Plugin:

Babble (i.e. Chat) as an extension of PMs, as seen on Facebook

As opposed to a shoutbox or public chat, I’d like to see Babble incorporated into PMs. Pretty much exactly like Facebook does. There’s a lot I don’t like about Facebook, but I’m hard pressed to find anything negative to say about its Chat experience. I think it’s very cleverly designed, the way in which it invites both short-form and long-form messages by presenting the user with two alternative chat interfaces:

I think Discourse stands to gain a lot from incorporating (1) as well.

Take for instance the UX for PM-ing a user about a tiny detail in their post. Things like typos, prompts for updates etc. 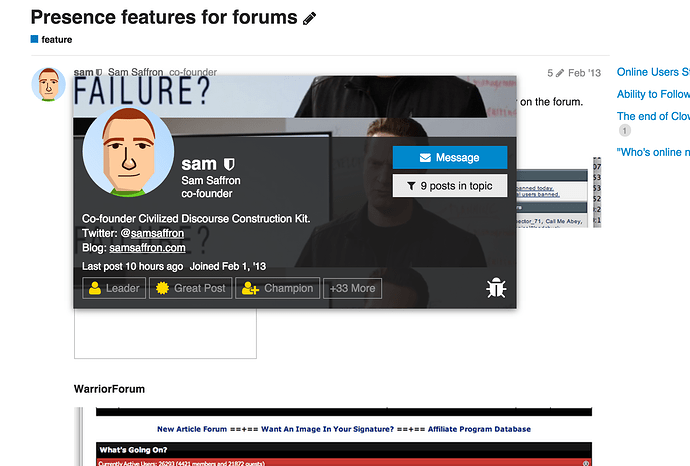 2 - And clicking “Message” takes you here: 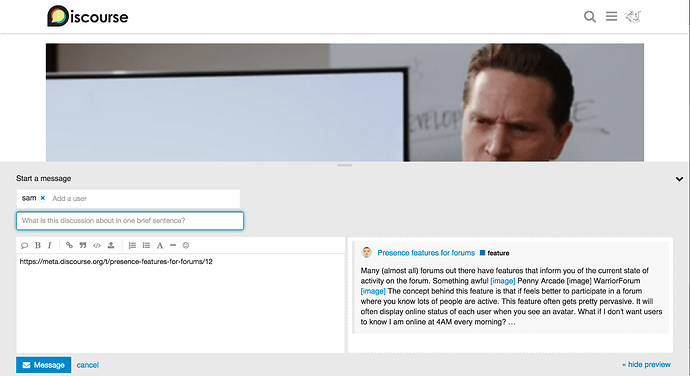 The problem is that you’ve been transported to a different room altogether, when really all you wanted to do (or so I’m positing anyways) was to have a brief sidebar with this person, only to resume to the main discussion at hand moments thereafter. This is what Facebook does so well with its in-page chat widgets. You can easily send someone a quick nudge without disrupting disrupting your super-productive session of Facebooking.

How “Message” could work

2 - Took me to something like this instead? (not leaving the page) 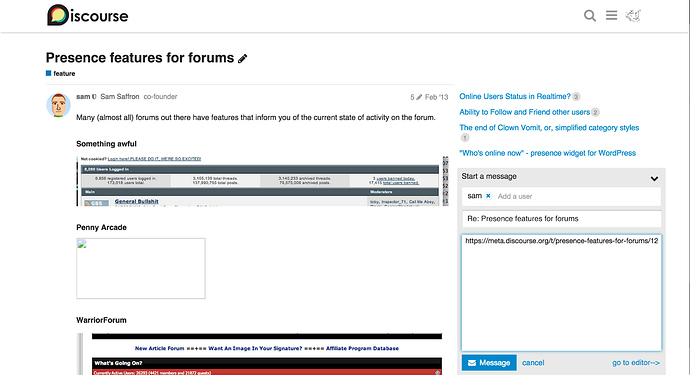 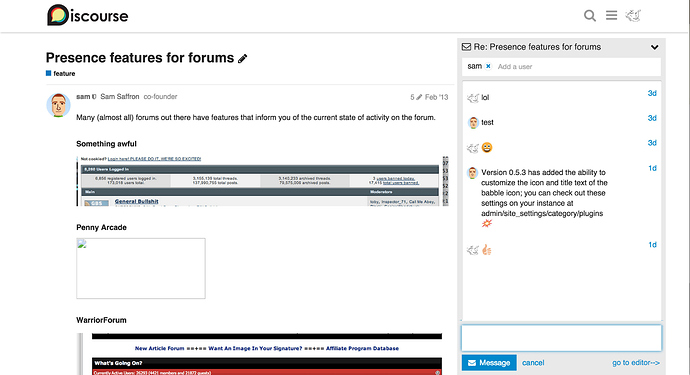 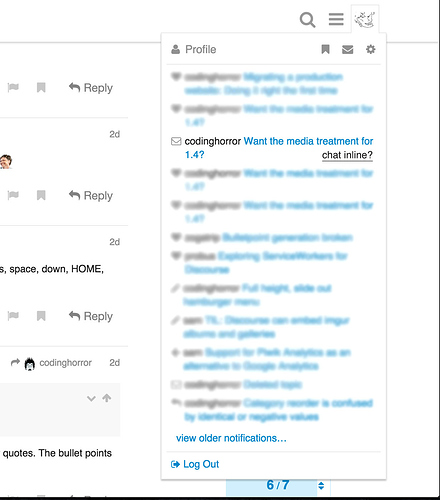 This could also play very nicely with User Friending/Following and Presence features. Think: If you follow a user who follows you back, that’s the handshake necessary for the two of you to see one another’s online status.

In summary: Default Private Messages instigated via topics to an in-page chat interface, with the option of moving into the full-page editor if you’re looking to write a longform message.

Imho this is an amazing proposal, well explained, it could make the difference and take a big step forward.

My thoughts are pretty much that this is outside the scope of what Babble is trying to accomplish, and while the functionality seems useful, I’m not sure I’d be interested in integrating it this deeply with Discourse, considering the more touchpoints we have (User card, topic route, notifications, second composer, etc.) the more difficult it becomes to maintain, and the more likely either the mothership or Babble will break stuff going forward.

I can’t speak for the founders, but I’d also reckon that part of the reason that PM functionality isn’t a hugely emphasized part of Discourse is that the product that they’re creating is centered around group discussion, and that back channel communications are often the antithesis of group discussion. I know Loomio doesn’t have a private message function for exactly this reason, and SO doesn’t have a private messaging system either, perhaps for similar idealogical reasons (ie, in a help forum with a strong reputation system, we want all of the things you contribute to be subject to public scrutiny, so you make em better)…

That doesn’t mean that someone couldn’t adapt what Babble’s doing for a different plugin, though

in somehow might give other perspective not comparing though

I’ve done something similar with private messages in this plugin.