Vote Ranking is not in order

Our ranking is currently not in order: Roadmap - Wyze Community

Has anyone encountered this issue? 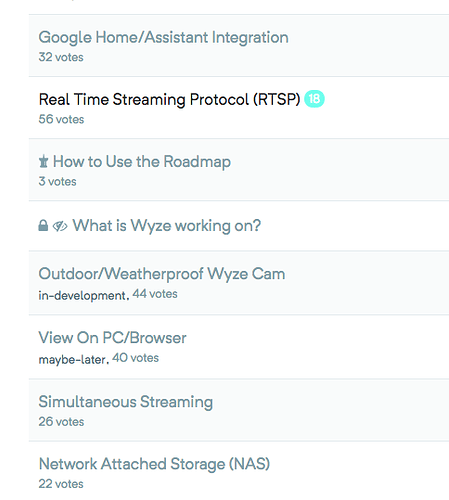 Is sorting by votes supported now? I’m not sure it is, at least officially.

Topic List Sort By Votes in voting plugin is still flagged as #pr-welcome. Who added it to the top menu for you?

Requested it as part of paid plan but I thought this should be sorted by highest to lowest by default.

Does that make sense though? Is raw votes received a useful metric?

Particularly when there could be days or weeks between things being posted. New ideas would default to the bottom of the pile. Won’t that make posting new features to be discussed and voted on less effective?

I could see the case for sorting by ‘hotness’, such as the number of votes received in the last x days, and it might be useful to have sort by votes as a different way to slice the data, but I would be very wary about it being the default.

There are different ways to surface the most recent feature request by activity, views, and replies. We want to show the correct rank so that new members will avoid posting duplicate topics. We also operate on a hardware product where the lifecycle is slow so the top requests don’t really change often.

As per this topic it is not yet supported.