Using Dax’s code with background-repeat set to “repeat-y,” I put a high-res picture of a blank sheet of paper on Imgur which I scaled to 1920x1440 before uploading. The behavior seems normal at first, except for the Category List view, which doesn’t scale the image and/or repeat it vertically. However, I noticed that when I zoom-out in Category view, in which the background image did seem to be scaling, it too stopped scaling after I zoom-out to 75%. 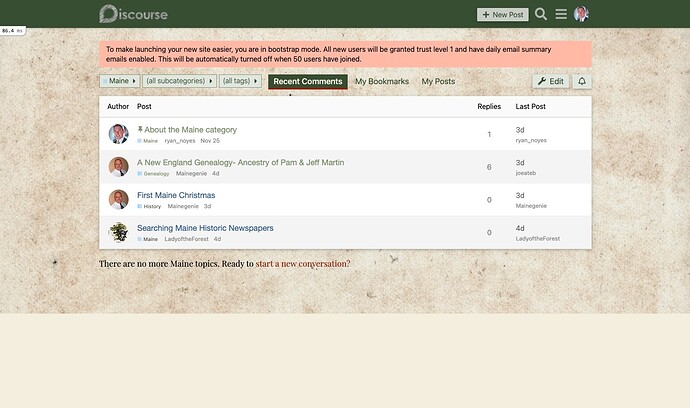 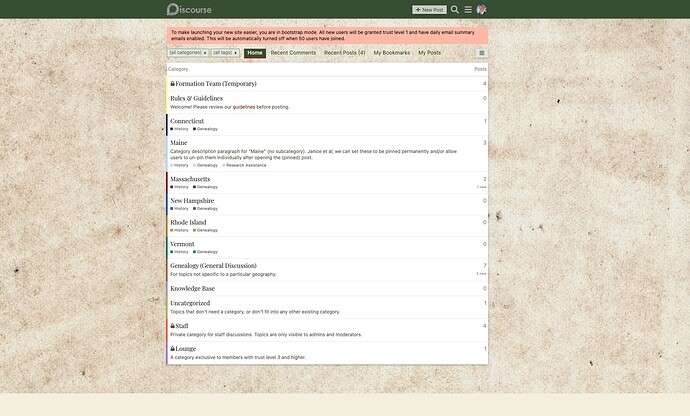 The headers issue, I fully trust isn’t fixable. No worries there. I honestly doubt I’ll use this background image feature but wanted to point these out anyway. 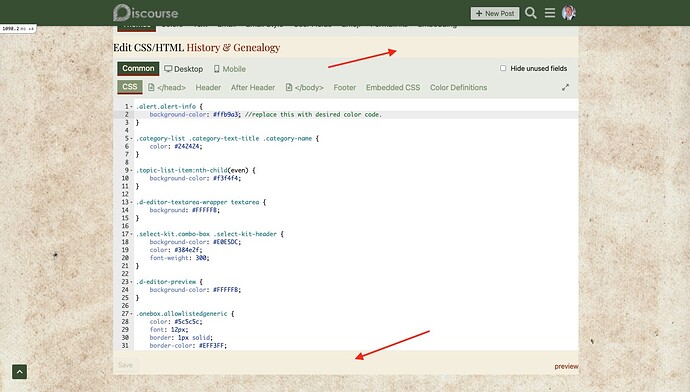 Edit: post thread view seems to be acting normal, as shown below. Wonky colors because I’m only testing this for feasibility at this time (site not live yet). The headers issue as noted above is probably the main reason I’ll shy away from using an image (that, and legibility of text in certain instances). 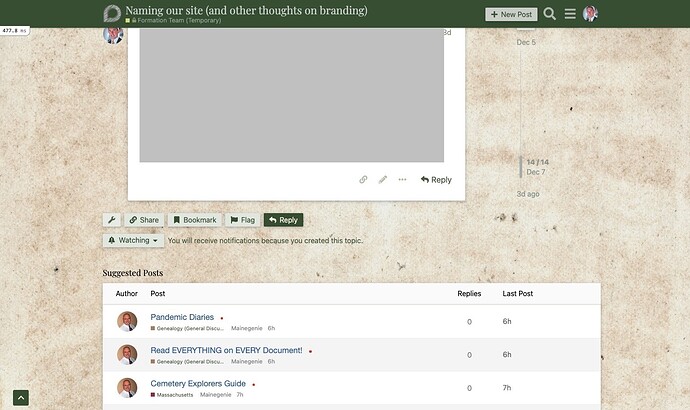 Guessing since the content is short on that page #main isn’t filling 100% of the window height. Does the background fill the full page if you add #main { height: 100vh; }? you can also move the background image to the HTML tag instead.

That did it! Thank you TWICE for two fixes today!

A note on the behavior: 100vh did nothing and 1000vh caused the scroll bar to behave undesirably (it would scroll down into nothingness). 200 also seemed like too much scroll distance, so I walked it up in increments of 10. Amusingly, the background did not replicate itself, thereby causing the khaki (normal) background to reappear, at bottom. This maintained until I reached 140vh.