Bold and Italic in Chinese

I am really confused with this editor, perhaps this is because I am a chinese.
Here is my problems:

Plus what I found before, I do not think this is a good editor. I think it will confuse most user when I click bold and two ** is added. For people who do not know mark down, what is this **?

I am a developer, not a hard core one, I found this editor hard to use. I love discourse, it is more advanced than most of the BBS. But I just can not understand why we need a geeky editor.

Thanks for your work, any way.

For the bold and italic issue, I don’t have a chinese keyboard but I can boldify the first letter of a word like this, but I can’t boldify a middle letter like this, is this a bug?

as I said: the bold works only when the character before is a space. so you could bold the first character of a word or paragraph, but not the middle of a word.

For the bold and italic issue, I don’t have a chinese keyboard but I can boldify the first letter of a word like this, but I can’t boldify a middle letter like this, is this a bug?

I think this is a bug, I have tested, it works with stackoverflow.

True, it works on SO: 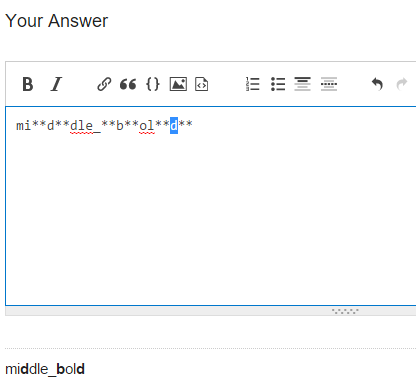 Intra-word bold and italic are generally disabled, as they are unwanted in English. I can see this being needed in other languages where words have no spaces between them.

Can you test this on our new markdown parser?

We plan to move to it later this year.

great, both bold and italic works well on the new markdown parser, including the problem with heading.

Facing this issue as well, how should I update the editor to the new markdown parser?
Any help would be appreciate!!!

This is not exactly the same issue, but relates to use of bold and italic in Chinese more generally. Most CJK fonts, including standard default fonts, do not have proper bold and italic. So what a user sees are the dreaded faux-bold and faux-italic created by the browser. In good typography these should always be avoided.

Now, if a user wants to use them in the editor, whatever, that’s up to them. But as far as the site UI goes, it’s best to avoid them completely. You can see this principle at work, for example, if you compare Google’s search results with Baidu’s. Google highlights the search term with bold, while Baidu does it with color.

In most cases faux-bold and faux-italic merely look bad. However in complex and dense CJK glyphs, the artificial distortion can badly smear the forms, erasing space and rendering them unreadable.

As it happens, there aren’t many such instances in the Discourse UI. But there are some, and it would be nice to adjust the CSS for CJK there.

The only typographically satisfactory way to use bold on the web in CJK is via @font-face. Google’s Noto CJK has lovely bold, but even that doesn’t have an italic. 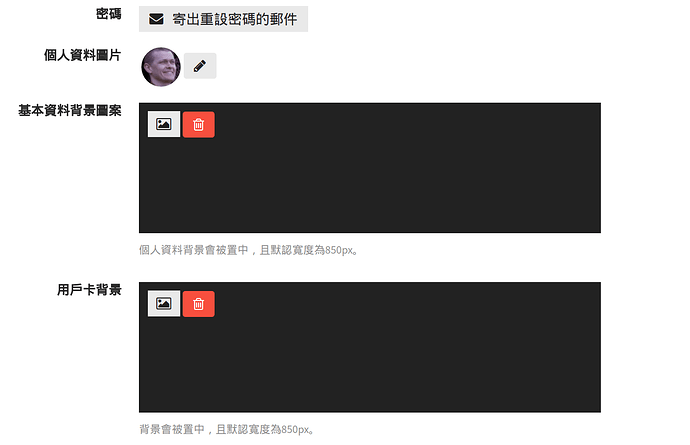 As you can see, several of the dense bolded glyphs on the left have blurred and become black masses. These are by no means the worst instances, and Droid is not the worst offender. 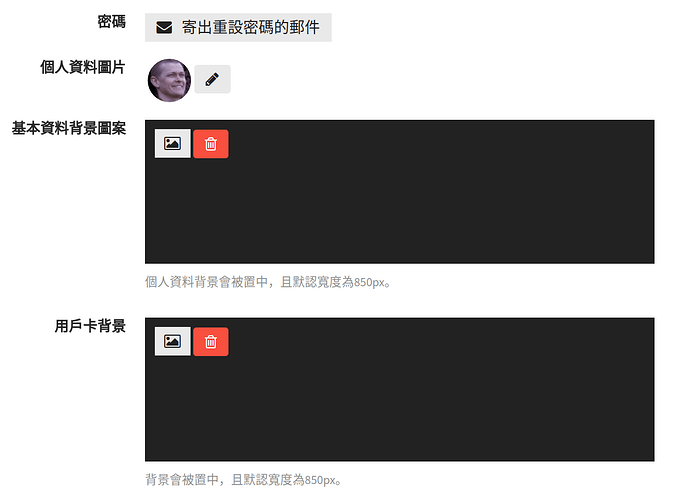 Luckily for Ubuntu users, we now have Noto installed by default. But a lot of users will be seeing the faux-forms.

great, both bold and italic works well on the new markdown parser, including the problem with heading.

The new engine is now deployed here, so this is all fixed

Per our migration plans, I just enabled markdown.it at Meta. It is an excellent CommonMark compliant engine. I expect quite a few edges to be found during this period of testing. Do not open bugs about the new Engine, just reply here. I/we will be updating the top post here with the list of issues and striking out stuff as it is fixed. Current known issues (to be fixed)

Onebox vanishes after you start typing and works not-super consistently