Dashboard strings are not being translated

,
I noticed that the strings in the admin/moderator dashboard are not being translated. Tried multiple languages and it keeps those strings in English. 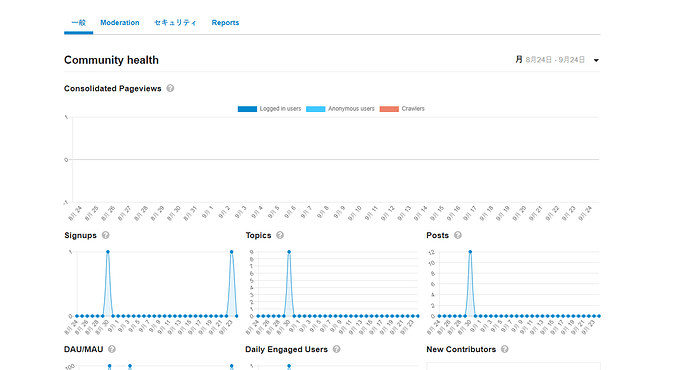 I have found some strings that are translated in Transifex, but doesn’t appear translated in production. They are in Admin>Dashboard: Signups, Topics, Posts, Daily Engaged Users, New Contributors, Top Referred Topics, Trending Search Terms, Users per Type… (with its corresponding tooltips). This issue is common to all languages. I have checked different locales (French, German, Catalan…), and the strings always appear untranslated.

It looks like there was a PR but was not merged at the end.
Was there any progress with that issue?
Thank you