Quick disclaimer: I’m relatively new to building a VPS environment from scratch but have enough experience with web hosting (specifically shared and managed-dedi) to have an idea what I am doing and make sense of tutorials.

That said, I’m currently using DigitalOcean’s cheapest droplet for experimentation. I’m a hobbyist, don’t expect to have a ton of traffic, and am just trying to create two instances that will offer a frontpage of some sort (likely WordPress) and an accompanying Discourse forum — one instance for game design and another for my content creator community.

I’m aware that Discourse and Apache don’t blend well together because of Discourse’s decision to use port 80 and I’m also aware that there are workarounds but there appears to be varying forms with unconfirmed results and no official “yeah this works” from Discourse.

I’m a little confused as to why such an amazing platform has been designed to be so obstructive to managing a web server alongside it but my experience with the software thus far has me interested enough to find a way to make it work. I’ve seen that a WordPress integration exists and it’s hyped on a feature page but again, Discourse seemingly isn’t designed to be anything but standalone.

Any advice or input from those who’ve run into the same predicament? Thanks!

I think this is what you’re looking for:

Running other websites on the same machine as Discourse sysadmin

If you want to run other websites on the same machine as Discourse, you need to set up an extra NGINX or HAProxy proxy in front of the Docker container. NOTE: This is for advanced admins This guide assumes you already have Discourse working - if you don’t, it may be hard to tell whether or not the configuration is working. You cannot use ./discourse-setup to set up Discourse if another server is using port 80 or 443. You will need to copy and edit samples/standalone.yml with your favorite tex…

@neounix has some experience with running Discourse w/ apache2 so they may be able to give some pointers.

Is this a recommendation to switch to Nginx then? I have absolutely no experience with it and any web server I’ve ever used, preconfigured included, has used Apache.

There’s also this for Apache: How to set up Discourse on a server with existing Apache sites

However, there appears to be a large number of issues getting it to work properly, particularly with SSL.

Would it be simpler to run two droplets, one for the website and one specifically for Discourse? I suppose I could just change the DNS record for the subdomain to point to the Discourse droplet and that should resolve the issue. Just find it odd to run two servers for a forum.

Discourse is not obstructive at all.

Mastering running Dockerized Discourse behind a reverse proxy web server is a very rewarding experience; either using Apache2 or nginix.

I say this with the utmost respect but Discourse, out of the box, effectively requires its own server. Using a reverse proxy to run a web server parallel to Discourse on the same VPS is hit or miss, as evidenced by the comments and other complaints, and SSL may or may not work. It’s also virtually impossible to get two instances of Discourse on the same server. All of that, to me, is obstructive. There’s no other forum software, including high-end platforms like XenForo or Invision, that requires that level of effort with that amount of uncertainty. They’re expensive packages so I suppose you’re getting what you don’t pay for with Discourse. As a new user looking at all of these hurdles, it just seems as though Discourse was designed with nothing else in mind (i.e. websites).

For what it’s worth, as noted in my original post, I used a one-click deployment for Discourse. So, I’ll need to do everything in reverse to try and get Apache (or Nginx if I can’t find a tutorial) on the same server. If I’m going to use Discourse as my primary forum platform, I’m not interested in running two servers for one community. That’s just silly.

I honestly think it’s doable, i’m no expert and “just” follow the very good guides and tutorials here and there, I had little to no problem setting up discourse behind nginx, so I’m probably a bit lucky but I think it’s far from impossible 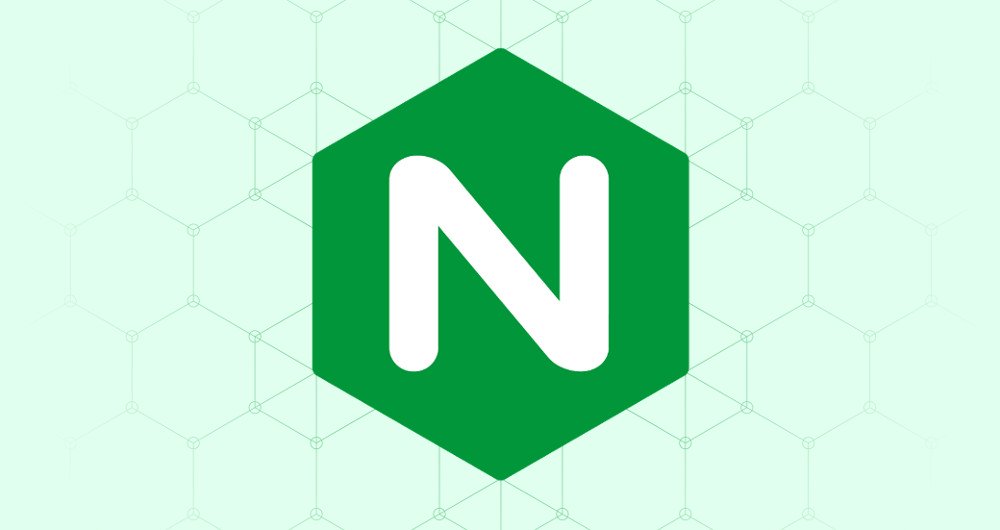 This tutorial will outline the steps to install and manage Nginx on your Ubuntu 18.04 machine. Nginx is a free, open-source, high-performance HTTP and reverse proxy server responsible for handling the load of some of the largest sites on the... 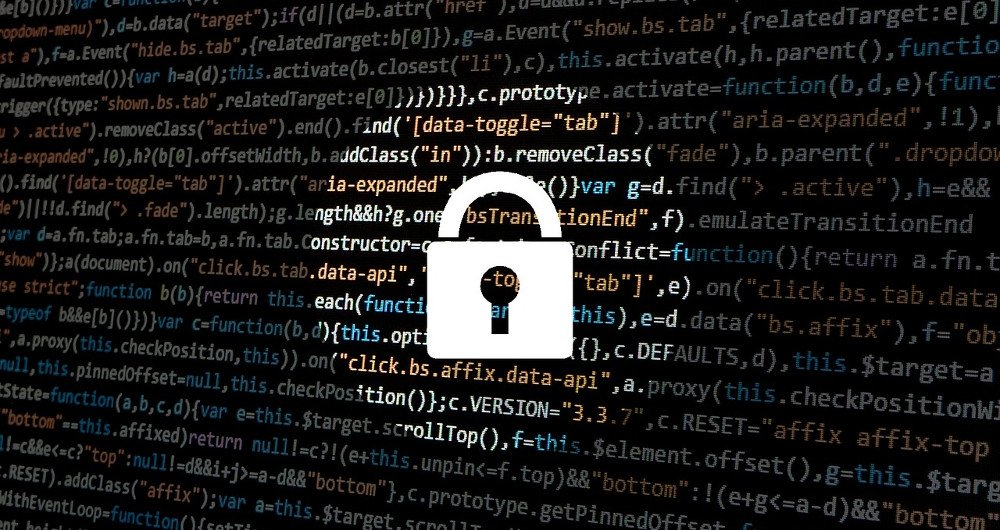 Let's Encrypt is a free and open certificate authority developed by the Internet Security Research Group. In this tutorial, we'll provide a step by step instructions about how to secure your Nginx with Let's Encrypt using the certbot tool on Ubuntu...

and for the combo postfix/dovecot 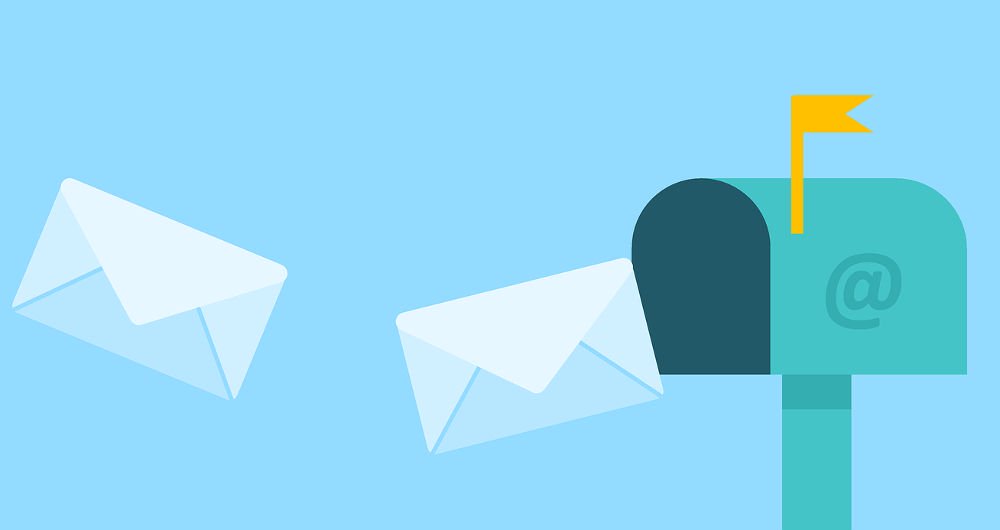 Install and configure Postfix and Dovecot

Postfix is an open-source mail transfer agent (MTA), a service used to send and receive emails. Dovecot is an IMAP/POP3 server and in our setup it will also handle local delivery and user authentication.

@Benjamin_D The issue I have is that all of the tutorials available here are missing some aspect of my current environment. There is a tutorial for Apache but using CentOS. I use Ubuntu. The other tutorial by Kane York uses Nginx but as I mentioned, I use Apache.

I’m not doing anything overly complex either. I’m just using DigitalOcean, Linux + Ubuntu 18.04, hosting everything on the droplet (not using third-party storage), etc. I am using Mailgun as a mail solution but I don’t believe that offers an inbox which is fine for the time being.

Just trying to make it as simple as possible.

Actually, Discourse is the finest forum and community building open source software on the planet at the present time (IMHO), for many reasons, here are but a few:

Do I (we) agree with every decision made by the core Discourse team and do they agree with all our (or my) ideas and suggestions?

No, of course not; and nor should they, or us, nor me. We are free to suggest, submit code suggestions, PRs, and the core Discourse team will approach these suggestions with an open mind.

But at the end of the day, the core team must keep the Discourse community moving in a cohesive direction, which is not easy when 100s of people from different cultures want a different configuration and have different priorities, business models and ideas.

In other words, there is nothing to “avoid” (your topic title words) from Discourse, especially setting up reverse proxies and mastering Docker. Many (include me) are moving into Kuberetes because of Discourse, not only for Discourse but for other web apps as well.

Discourse is the “furthest thing” from “obstructive” (again, your words, not mine); and because it is based on containers, by design, the “sky is the limit” to how experienced system admins can deploy Discourse in highly scaleable production envs; and it is also simple enough that beginners can easily deploy in standalone mode.

As the REM song (Losing My Religion) goes:

Signing off this topic… Best of Luck @OrbitStorm

If i understand correctly, what you want is nginx listening and redirecting one subdomain to apache on one side and one subdomain to the container where discourse is on the other side (setup by exposing the right port in the app.yml, or using the web.socketed template), or are you using apache as a proxy?

Nginx is used instead of HAproxy in the CentOS tutorial, I think

Close but no. To reiterate, I’m on Linux + Ubuntu 18.04. I’m using Apache to serve up a standard HTML website (WordPress in the future) and have Discourse installed under a subdomain. I just need to figure out how to set up a reverse proxy (per these tutorials) that will redirect traffic from ports 80 and 443 to new ports since Apache uses both of those ports already. I’m not interested in using Nginx because I have no experience with it and don’t want to bundle it with Apache and make my setup even more complex.

My end goal is to have two domains with a respective frontpage and with multiple instances of Discourse (one for each website). Simple stuff.

About the tutorial, CentOS or Ubuntu shouldn’t make a lot of differences, apt instead of yum ,
https://support.cloudflare.com/hc/en-us/articles/360029696071-Restoring-original-visitor-IPs-Option-2-Installing-mod-remoteip-with-Apache instead of

may I suggest this for apache as a reverse proxy

I got Apache2 working “no problem” in a test bed with Apache2 as a reverse proxy to a unix socket in the container: The only difference I found (note: only a few hours of testing, nothing complete) was: Apache2 will not work with with a symlink to the unix socket in the shared volume in the container; Apache2 was a bit slower in a rough test, but not by much. Personally, I’m not a fan of religious wars over technologies; so I disagree that “Apache2 will give you a lot of issues.” I did n…

@pfaffman My intention was never to stay on the smallest droplet, I’m just using it while I try to get everything configured. No sense in paying a greater hourly rate while experimenting.

Only reason I’m not so keen on running two droplets is because I’ll likely have 3-4 different domains to migrate to DigitalOcean. I don’t want to be paying for 6-8 droplets. That’s insanity.

If your want more that 3 discourse sites then You likely want to figure out multisite. I have a configuration that I do with traefik,though I’m investigating other reverse proxies.

If you are using Apache and you want multiple discrete sites, the relevant search term is VirtualHost.

How to run Discourse as an Apache VirtualHost installation

I’ve successfully been able to install Discourse on my server, register as the first user, and post my first topic. So everything on the Discourse side of things seems to be working. However, in order to get Discourse installed and running, I had to disable my Apache httpd daemon. This is a major problem for me as I’ve basically shutdown my entire web server, which includes a bunch of domains as well as a Jitsi conference server. My Jitsi installation runs as a separate virtual host using a …

With a small droplet, you may want to reduced the buffers. My droplet has 4GB mem and 4 shared cores.

It appears I have overcome the problem. Initially I tried reducing buffers to 2GB and workers to 4 but got the same error. I then reduced the buffers down to 1GB whereupon rebuild succeeded and the forum is now back up.

Was able to come up with a solution thanks to Bobbyiliev from DigitalOcean.

You can find that solution here: Discourse not loading with Apache and proxy redirect