It would look more elegent in posts if @leo (for example) was presented as (or at least the user had the option to present it as) “Leo” or “Leo McArdle”.

3 Likes
Expanding @username to @[Full Name] would be good in enterprise environments
User mention full name search is not working for Unicode names
Prioritizing full name vs username in the UX
codinghorror (Jeff Atwood) January 12, 2015, 1:26am #2

That is at odds with the design… @name is for username mentions, not full names. And you can click to see the user card which has all that info and more.

We limit the username to English letters. In communities using other than language(especially CJK), they have to use full name as identifier because this is the only field accepting non English letters. In that case, the autocomplete can’t suggest user lists on the fly.

I think it’s a good idea to accept parts of Unicode instead of English letters.

I’m working with @LeoMcA and actually this question is about a request I made.

The suggestion isn’t about changing the behaviour at all. It’s just that what shows up when you do @codinghorror is kinda ugly. It seems to me akin to exposing an http address rather than linkifying descriptive text.

Still not really clear what you mean? You want @codinghorror to produce @JeffAtwood in the text instead? Also I do not agree that either of those is particularly better than the other.

The at-sign username mention design is deeply rooted here, it is from Twitter. I don’t really see that changing…

No, we’d want to type @codinghorror but have it display Jeff Atwood instead. Ignore the link source, I just turned it into hypertext for the visual effect. Clicking on the name would do exactly the same thing that clicking on @codinghorror does now, it would just look pretty like a link.

How would others then learn how to make such mentions? They would also look like regular, manually constructed, plain old hyperlinks. You would expect them to behave like hyperlinks when clicked as well instead of showing the user card as mentions do now…

Google Plus has +username, Twitter has @username, etc. (I believe Facebook does something similar like this for mentions?) The special character at the start and obvious formatting difference and username usage (short, unique, easy to type) is kind of the whole point of mentions.

No, Facebook doesn’t use special syntax for mention. They use visual effect for mention. A user of Facebook can have their name in different languages, but would show the name based on the viewer’s locale setting. When you start typing, the Facebook will try to suggest mentions. 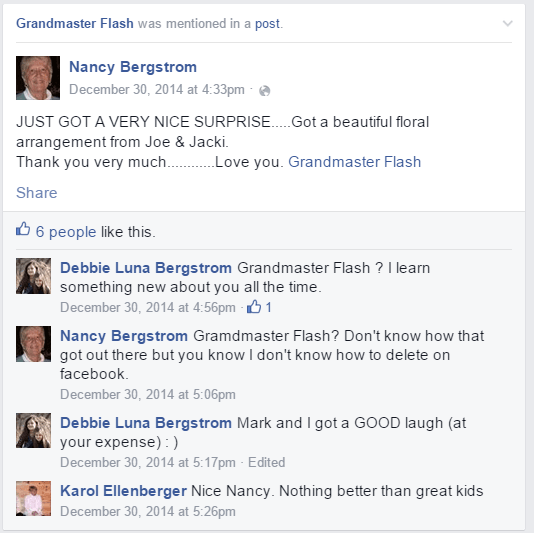 Not if one were to supply the same styling. I’m not sure if that’s what @Kensie was thinking, but it was what I was.

Actually G+ is +Full Name (whether a real name or not!).

Full name is bad for Discourse because it’s possibly ambiguous; only @username is unique. That’s what Twitter did it back in the day.

Well, let’s not get hung up on the exact look. It wouldn’t need to look exactly like a hyperlink, that was just for illustrative purposes.

Btw, on facebook you can use the @ symbol to do mentions, but it will pick it up when you type someone’s full name anyway. I definitely am not suggesting adopting Facebook’s style of doing it, your grandmaster flash example is a great reason why not.

How would people learn to do it themselves? Well how do they learn any other syntax? That’s a good question though, that is an obvious advantage to leaving the the text “raw.” I have feeling given the rest of the way the @mention works many people would discover it naturally (because they’re used to doing @mentions elsewhere), others could discover it by looking at the “source” of a post from the edit screen, and others could learn from each other. I imagine adding a button to the editor would be overkill, but that is another place one could introduce people to the syntax.

It’s just very weird in our particular forum to see @usernames in the middle of messages, rather than seeing people mentioned by name. Maybe the fact that it has a grey background as well makes it stand out as “not pretty”?

Anyway, that’s why we’re asking about it, if it’s not something most people are interested in we know that plugins are an option, too.

It’s just very weird in our particular forum to see @usernames in the middle of messages, rather than seeing people mentioned by name. Maybe the fact that it has a grey background as well makes it stand out as “not pretty”?

Why not restyle them then? Some CSS would allow you to make them appear as a link, and other than having the user card behavior, it wouldn’t look so out of place.

Why not restyle them then? Some CSS would allow you to make them appear as a link

Ooh, thanks for the tip. I don’t do the coding (hence leo asking my question for me) and we’re still relatively new to hacking Discourse.

Has no-one considered something like this to reduce the non-uniqueness issues of full name mentions?

I like how this looks, but I wonder if that’s because Jeff’s pic is black and white. Don’t suppose you could mock it up using your own picture or mine?

Guys, sorry to necro this topic

At our company the Discourse username is the employee_id, one letter and 7 numbers (like X1234567), and when we use mentions it works well, since you can search by fullname (a bonus would be allowing spaces, non-tech people get confused with underscores).

But after the mention selection we would like to see the user real name, like Facebook, instead of the username. We can save the username in a data-attribute so usercard still works, but using people names would be way better for community’s where people meet in-person before meeting online.

Something like this, would be better made as an opt-in core option or rather a plugin?

I think this is fine as an opt-in core feature if you want to work on it, its a little tricky though.