Is it possible to use badges/groups to show staff an icon on a user's avatar?

I’d like to mark users with data that indicates their licensing status with our software (for example, if they are trialing or paying, or if they have no license at all).

We already use SSO, so getting this data into discourse is no problem.

I don’t want users to see each other’s licensing status, but I do want moderators/stafff to be able to see it.

I’d prefer an icon or word conveying this status to be seen without a click, so ideally it would show up next to their name or on their avatar. Something similar to how moderators have a little shield next to their name.

Is this currently possible?

I thought I could do this with groups + avatar flair, and making the groups only visible by mods/staff, but that doesn’t seem to work (yes, I set the group as a primary group for the user I was testing with).

These “avatar flairs” were visible by all, even if the group and its members were not. I just rebuilt my container, so I’m running the latest discourse, and now they can’t be seen by anyone, including myself (group owner). I assume that has to do with this:

Visible flair for "invisible" groups: is that on purpose? ux

We will now only show flair for groups that are public. Thanks for reporting this issue @Canapin

But, I would have expected I could see it because I am the group owner – but I guess not.

It is not currently possible without a plugin, but it is possible. We use a small plugin that does this internally so that we know who our customers are.

a public plugin? or something internal?

It’s internal and likely proprietary as it relates to our hosting infrastructure. If that’s not the case, someone else from the team can chime in.

I’ve never written a plugin, but I was looking at this: 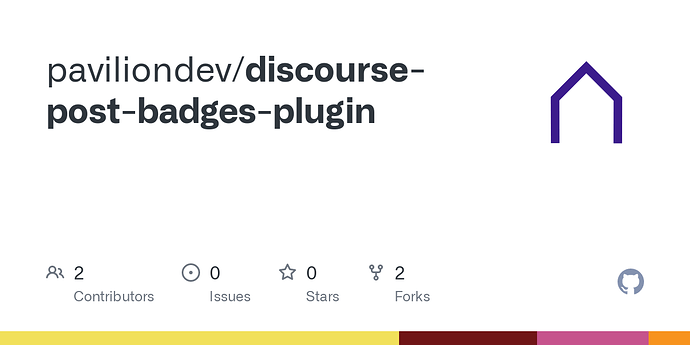 Contribute to paviliondev/discourse-post-badges-plugin development by creating an account on GitHub.

There is a user notes plugin. That is only visible to staff. But you will need to view note for contents.

Summary: Share notes with other staff about a user. Normal users cannot see these notes. These notes are designed for staff to be able to privately note down important information other staff may need to know.

Install: Follow the plugin installation guide. Features The idea here is that sometimes staff members want to share notes about a particular user to help with moderation or support duties. Users cannot see…