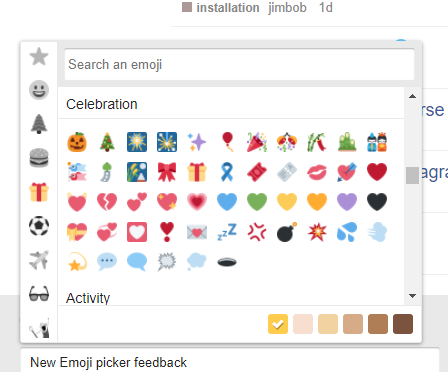 This topic is for tracking feedback: 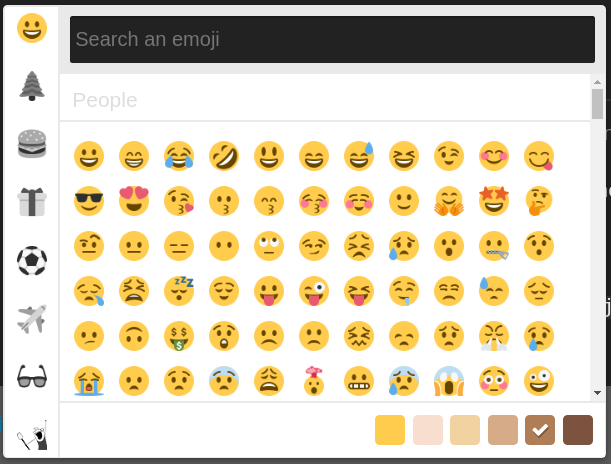 Also a quick note to say

I am loving the new picker

It’s looking rad! I reviewed the code locally and here are some notes:

What do you guys think about removing some borders on the search area? 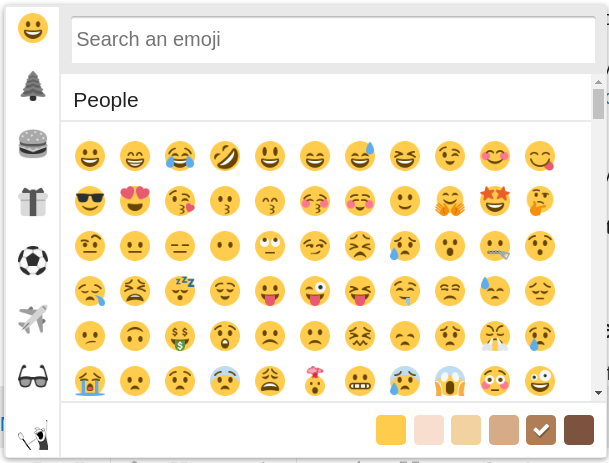 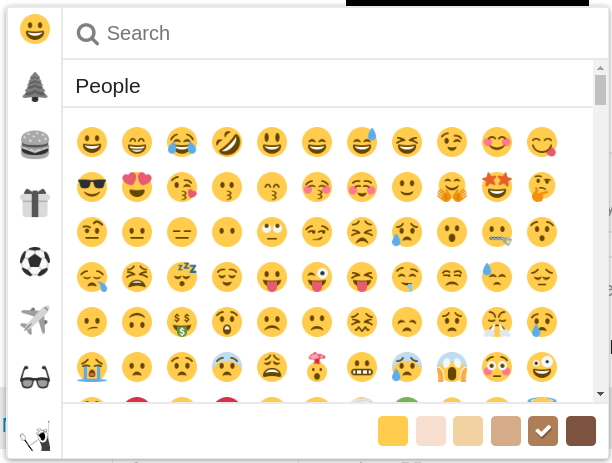 Recently used emojis logic is too fancy, is should just push recently used to the first in the list

Yes, this would be great.

Thx for the feedback, much appreciated.

Just a quick note on search, it will indeed be improved in the future, at the moment it’s a very basic regex on the main emoji list. Ideally we would also want to have some kind of keywords, like “joy”, “face”…

Maybe even hide those skin tones behind a

Not a huge fan of that, I think people will get used to it being there. Forcing people to one shade of brown runs counter to my philosophy

I want to like it, but I’m finding it painfully slow. On the old picker, I’d see blank white space while the icons loaded. Here I’m seeing broken image icons until they finish loading.

I’m guessing that what you are doing is loading all of the emoji images. Pages that make lots of simultaneous requests always cause me problems when I’m on wifi. What constitutes “lots” can vary, but all of the icons would do it.

The previous picker loaded them in batches, which was slow but not very bad.

Yes I’ve seen this since it’s on meta, I think there’s actually another issue. As a point of comparison, twitter emoji picker is loading 1500 emojis from the start, while I’m only loading emojis, section by section. So we are loading it in batches.

You can actually launch the network inspector, and you will see that we are not loading all of them.

Maybe it is just that the batches are bigger now? Old one had a paged interface, and loaded page at a time, you are loading group at time?

(The twitter one sounds terrible as you describe it. I’ve been read-only on Twitter for a few years now and have not had the pleasure of using it.)

if it wasn’t clear from my first answer, I do appreciate this feedback. And please trust me, making it blazing fast is a major concern for me, so we will get there if we are not yet

I think we get the issue with @sam there’s an nginx config issue, once solved, it should be faster than flash.

I applied a fix which will reset src before applying new src, so you will see this when you change diversity level: 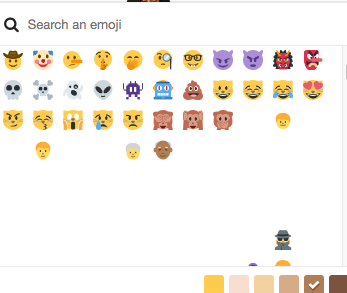 I think it should be enough to emphasise that we are loading new emojis.

I fixed the caching!

Some of the debouncing is not quite right, I still see square boxes even once all the images are cached on disk. It should be a lot more aggressive when stuff is on-screen.

I deployed multiple fixes which should greatly improve the search experience. @elijah could you give it a new try?

Still slow, but not as ugly while it fills in. I cropped these, but copied overbits of my system toolbar. 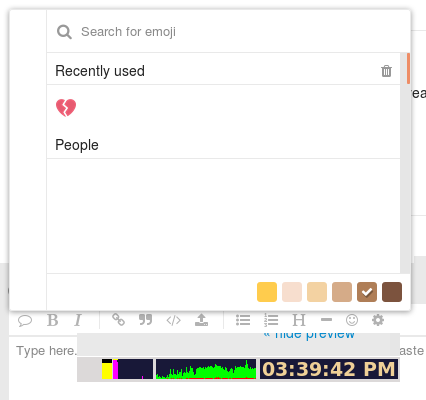 The last used emoji was there immediately. The left hand column took 10 seconds or so to fill in, and more than 30 for the whole pane here to fill in. 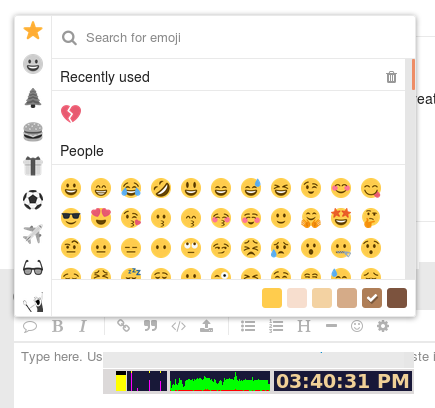 Yellow bar is battery, next box is network, this didn’t show noticeable strain on the wifi, next chart is CPU, which also stayed flatish. Then timestamp.

did you scroll during that time ?