Install: Follow the plugin installation guide. Configuration Edit category you wish to enable accepted answers on: [38%20PM] As the OP (topic creator) you will have a button that allows you to accept an answer [45%20PM] Accepted answers are highlighted in the topic list: [image] A…

We are going to embark on building an official “Solved Button” I wanted to make sure it is very well specified prior.

@shiv built the Solved Button plugin, it performs some of the functionality we would like to see, but not all. Further more it is build on some old interfaces and needs an update.

Out of scope for initial version (maybe in v2) 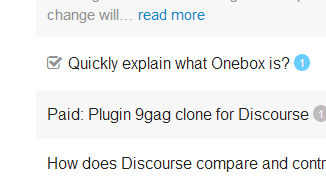 If I had a nickel for every time I’ve I seen a “one more question” or “thanks, but now I have this problem” post in a supposedly “solved” thread …

I guess the “Reply as linked Topic” could be used for those, unless there will be a way to “unsolve” too.

Further more it is build on some old interfaces and needs an update.

Ufff, lost some hours to understand how to fix it.
Will watch with interest how it can be rewritten.

I have a slew of questions.

I have mockups for something similar but with far more prominent placement since we are primarily a support forum - I’m hoping you’ll make this accessible for customization.

If a topic has a solution, the solution will be linked directly from the bottom of the first post.

this, which solves (pun intended) a problem we have been looking to fix in our community. It will be huge.

Go forth! I look forward to having and making massive use of this functionality whenever it becomes available. 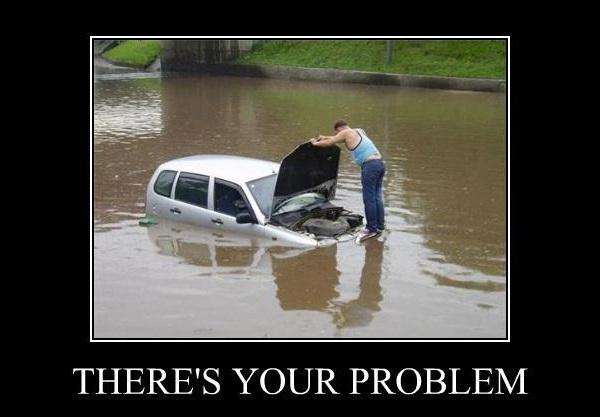 Very neat, I like those specs and will be waiting for it to be developed.

It’s not something that I myself am in dire need of, but it certainly can be useful and it’s a very huge plus for some communities or needs.

Please do update this (or another) topic when there is something ready to install for testing. This will be the last piece we need to unify all of our product support over to Discourse from other media.

Maybe the “Solved” block could be colored (with the actual color customized in Admin) so that it stands out a little more?

Note: As we are sponsoring this plugin, I wanted to point out that this is a personal suggestion, and not a requirement for the plugin.

Similarly I think the “solved” action button probably needs to stand out more visually, too, to remind people to use it. Otherwise it’s likely to go forgotten.

I will make sure this stuff is easily customisable using css.

What will this do to existing topics in a category? I’m guessing the answer is “nothing”, in which case:

For my forum, our old Troubleshooting topics shouldn’t be left out of this functionality. Many users still land on old topics when searching for answers to already solved problems, and if these topics don’t have a Solved/Unsolved status, it will be confusing.

We’d like to automatically mark all our existing Troubleshooting topics as “Solved”, which will have further implications on the spec:

Can a Topic be “Solved” without an answer?

If the OP selects an answer it will become “locked” after a configurable period of time, after which they may not select a different answer.

What about OP reverting the Topic’s status to “Unsolved”? I think this should be possible to allow via settings. We trust our users to be good citizens and only revert the Solved status with probable cause.

Using discourse as a community ticket system
alefattorini (Alessio Fattorini) May 8, 2015, 8:44am #13

Ok, thanks for the explanation!

Thank you for considering my request. Means a lot

You mean we will need to install it ourselves?

Yeah, unless they decide to bundle it with the default install.

Installing such plugins is way technical because I tried it several times and often end up with wrong SHH logins and there seems to be little support with regard to helping newbies in this case. I would request them to add it in default updates