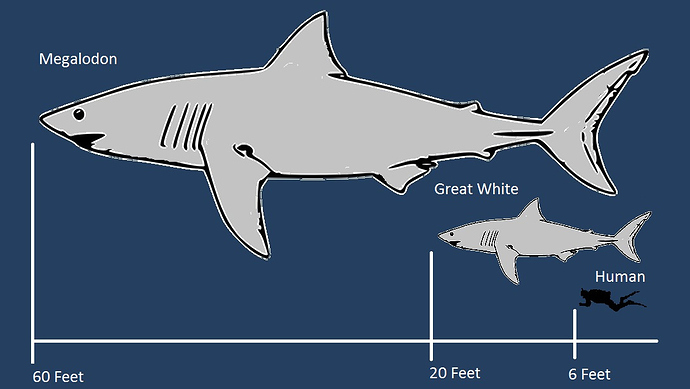 A few years ago we ran into a technical limitation where we send down a list of all the post IDs in the topic when you enter the topic. This starts to cause problems on the client – particularly older smartphones with less memory and CPU power – at around ~10,000 replies, so we created a site setting that automatically closes topics at 10,000 replies and defaulted it to on. It’s certainly possible to turn this setting down or off, but we believe in “safe by default” at Discourse, and extremely large topics were no longer safe, at least for some clients.

This was meant to be a temporary solution as it was a significant amount of engineering effort to create a solution where we sent down only a partial list of topic ids based on what you are viewing. We planned to revisit this later.

However, as we started to investigate MEGATOPICS, it became clear that they are

… and now after looking at this for quite some time, with many live examples, I believe that MEGATOPICS should, in fact, be permanently discouraged. Here’s why:

So here are my recommendations:

59 Likes
Topics over 10,000 posts remove "Frequent Posters"
Performance improvements on long topics?
Will disable_jump_reply make a return?
Need to reopen topic automatically closed after 10,000 replies
Disable 10000 maximum replies option
Can new messages appear at the top instead of the bottom?
Timeline navigation misbehaving starting from 10000 posts
Open composer for existing topic/personal message via URL
What happens when a post hits 1 million replies?
Merged notifications always take you to the first response
What is the max posts on a topic
Linked topics (splitting and managing megatopics)
Using private / personal messages as long term chat
Natural breakpoints or "chapters" for long topics?
Hosting a mid-size to large forum
Improving Instance Performance (Megatopics, Database Size and Extreme Load)
Unable to "Delete All Posts" when there are posts that belong to megatopic
Topics over 10,000 posts remove "Frequent Posters"
Huge useful topics optimization
Clicking an internal link with slug only and no topic ID should create a history entry
Capping number of replies in topics, whats the experience in your community?
Changing Max Discussion comments
Make Summarize more visible and accessible
Events Plugin :calendar:
Using a topic as a chatroom
Major slowdown for staff in large topics
AstonJ (AstonJ) April 18, 2018, 2:25am #2

I would just have it so that when it reaches 10K, it’s automatically closed and the system posts a continuation Topic and then links the two. (Perhaps with a mod flag to bypass the restriction).

There’s also the use case of megatopics as landfills. The admins want you to stop trashing the forum with a bunch of garbage, so they’ve given you a landfill to dump it all in.

If off-topic chatter is becoming a problem in a community, instead of relegating it to a single topic within an existing category maybe create an entire “off-topic” category or sub-category. This at the very least grants the content some ability to have structure.

There’s also the use case of megatopics as landfills. The admins want you to stop trashing the forum with a bunch of garbage, so they’ve given you a landfill to dump it all in.

This is on point.

I recommend doing this, locking it to trust_level_0 to hide it from search bots, disabling badges and hiding from latest.

I honestly see no reason as to why this shouldn’t be left in the hands of those who are in charge of the forums. If they want topics to be over 10k then they should have topics over 10k.

Especially if it is a forum where such a thing is quite common.

I guess people can just make “[topic title] part 2” and so on but at that point you gotta wonder why not have it be 1 thing.

With this change we now have a topic sitting at 61k that is locked. Ho boy would that be a lot of parts.

I honestly see no reason as to why this shouldn’t be left in the hands of those who are in charge of the forums. If they want topics to be over 10k then they should have topics over 10k.

At the end of the day it is up to you, but this topic is about ensuring you understand the ramifications of the choice you are making for the members of your community.

While Discourse is just a part of your life, we live and breathe it and it would be remiss of us if we didn’t ensure that everyone is armed with the knowledge to create the best experience possible for their audience.

For curiosity sake where in the settings can we change the default?

For our hosted customers this is suppressed unless you are an enterprise customer. Allowing megatopics in our multisite cluster causes performance problems so we just restricted this. Note, we do plan to change it so you can increase the PM limit up to 10k.

I recommend doing this, locking it to trust_level_0 to hide it from search bots, disabling badges and hiding from latest.

I’ve used this in the past. In my case, I also muted that category for all members and posted an announcement explaining how you can un-mute it if you’re interested in off-topic discussion.

I would just have it so that when it reaches 10K, it’s automatically closed and the system posts a continuation Topic and then links the two

Agreed. I think the following additional things should happen when a megatopic gets automatically closed:

Eh, maybe – that’s institutionalizing a) the continuation of exactly the same thing, which might not even be the right call and b) bad topic naming.

Having zero friction here is, I think, the wrong call. How about something more like a hint:

This topic was automatically closed because it was super duper long, like seriously!

Feel free to continue the discussion in a new topic.

Where “new topic” is equivalent to pushing the new topic button.

Chances are if a Topic reaches 10,000 posts - 10,000 is not the natural limit. By closing it you are shutting down something that members, more than likely, want to continue.

Maybe just add a mod setting in addition to what @erlend_sh has said “do not continue topic if reaches threshold”. I would also add an admin setting too (I’d probably want to keep the max to what may be more optimal for the server - so maybe half that at 5K?).

Having said that, if simply auto-closing it is much easier to do - do that, as there’s plenty of other (more useful) things that your resources could go on

The SitePoint vBulletin forums had a few “mega threads”. But they were not what I’d call discussions. A few were “game” threads which were more post-to-post where there was no presumption that anyone would read every post from first to last. And there was a catch-all Introductions intended to consolidate multiple “Hi, I’m new here” threads. There were also some “opinion” threads which were little more than a series of “I like __ best” with a sprinkling of substance here and there.

I guess whether or not a community wants non-discussion topics in its forum is up to the community. But in my experience and in my opinion any discussion that starts to get anywhere near “mega” has become full of tangential and repititous posts that make reading from first to last such a major task that it is highly doubtful anyone would do so.

I would also add an admin setting too

The limit is already a site setting (and has been for quite a while). See auto close topics post count and auto close messages post count. If you are self-hosted you are free to change these settings as much as you wish. On discourse.org hosting we’ve enforced the 10,000 post count setting globally (as Sam mentioned above), so that cannot be changed.

Revisiting this after a year, and after some experience with the philosophy of decentralized social networks, I have another way to frame the problem:

Discourse didn’t want to fix the performance problem because megatopics are trying to scale the software past the human limits.

10,000 replies is clearly arbitrary. But it’s also clearly way too many posts for a single topic. It’s just like the follower / following performance limits on Twitter-like platforms: if you actually need 100k followers, consider a blog instead

As someone relatively new to College Confidential and a parent trying to help a junior through the college admission process, I find these [megatopics] overwhelming. I’m overwhelmed by the generosity of people like doschicos to provide relevant information. And also overwhelmed with the length and complexity of these [topics]. I’ve found them hard to read and even harder to analyze for the purposes of moderation.

Megatopics are bad if you have a forum geared towards discreet tasks with finite ends. Open ended community discussions can easily hit 10k quickly while staying on one narrow subject.

I co-admin a forum with < 500 registered users that discusses news and current events and we hit the limit frequently. We are already halfway through our third dedicated topic for COVID-19, with multiple side topics as well. The second one had to be closed after only 21 days.

Having said that, even for us it’s not a huge deal to start a new one. While I’d prefer theoretically infinite topics to be available, it’s something we can live without if implementing it is a huge undertaking.

But I don’t think megatopics should be considered a rare edge case, nor should it be assumed they are always a bad thing. Some established communities even take pride in having single topics that are both huge and long lasting.

they are always a bad thing

Megatopics are always a bad thing. Implies you need a real chat room.

Some established communities even take pride in having single topics that are both huge and long lasting.

These communities are dead and dying. They just don’t know it yet because they lack self awareness.

We are already halfway through our third dedicated topic for COVID-19, with multiple side topics as well. The second one had to be closed after only 21 days.

Same here with our COVID-19 topic. Had to close the first after 2 months, then start a 2nd - which we’ll close at the end of 1 month. We’ll be starting a new one each month as the number of posts seem to grow very quickly. To everyone’s credit, they (we) mostly stay right on topic with only a few posts veering off toward politics, but then this has been tightly woven into politics. We also have a COVID-19 topic strictly for Research being done, and one topic just for tracking the spread of the virus, # of cases/deaths, etc.
We keep our topics to a maximum of 1,000 posts. We are a small private forum, so that saves us from the dilemma others face.

We’ve tried having chat rooms. Our users prefer your software.