Putting this in #bug as I feel this is preventing the normal use of Discourse, but it may be a better fit for #ux.

I started noticing on one of my sites (internal, so I can’t share a link) that the topic timeline was a bit wonky, and started playing around to try and figure out what was going on. Essentially when using the topic timeline to go to a recent post (like 5 or 6 out of 6) the posts would not scroll as expected, and the post that I scrolled to would not actually be visible. I couldn’t reproduce this on Meta or Stonehearth, nor in my development environment, so I started looking into what was different between the sites. I eventually realized that my site has suggested topics “disabled” (suggested topics = 0), while Meta, Stonehearth, and dev do not. After disabling suggested topics on dev I could reproduce the issue.

@eviltrout, does the topic timeline scrolling assume that there are suggested topics?

Videos of the issue:

It very well could be a bug! I’ll look into it.

This should fix it:

I’m re-opening this for now. Unfortunately my fix broke scrolling on meta a bit so I reverted it. I’ll have to come up with a more robust solution.

Okay, I think this fixes it for good. This is surprisingly complicated stuff to get right.

@jomaxro could you confirm it’s working for you?

Happy to test once this reaches tests_passed!

I hate to say this, but it’s “mostly” working. Just tested in the two topics I shared with you via PM. They both load correctly now (showing the last post) and using the timeline to go from a post to the last one work, but the timeline itself is very finicky.

Entering a fully read topic results in the browser being scrolled fully, but the timeline is not. 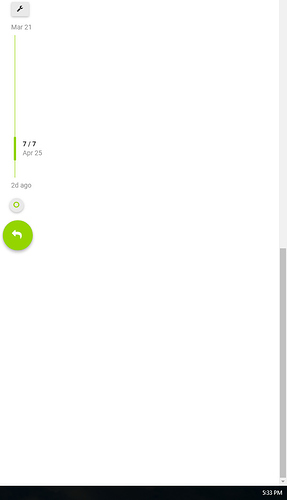 I would rather force everyone to use suggested topics rather than spend days of engineering effort on this unusual non-default settings scenario.

That said there are other places where suggested may not be there, such as PMs.